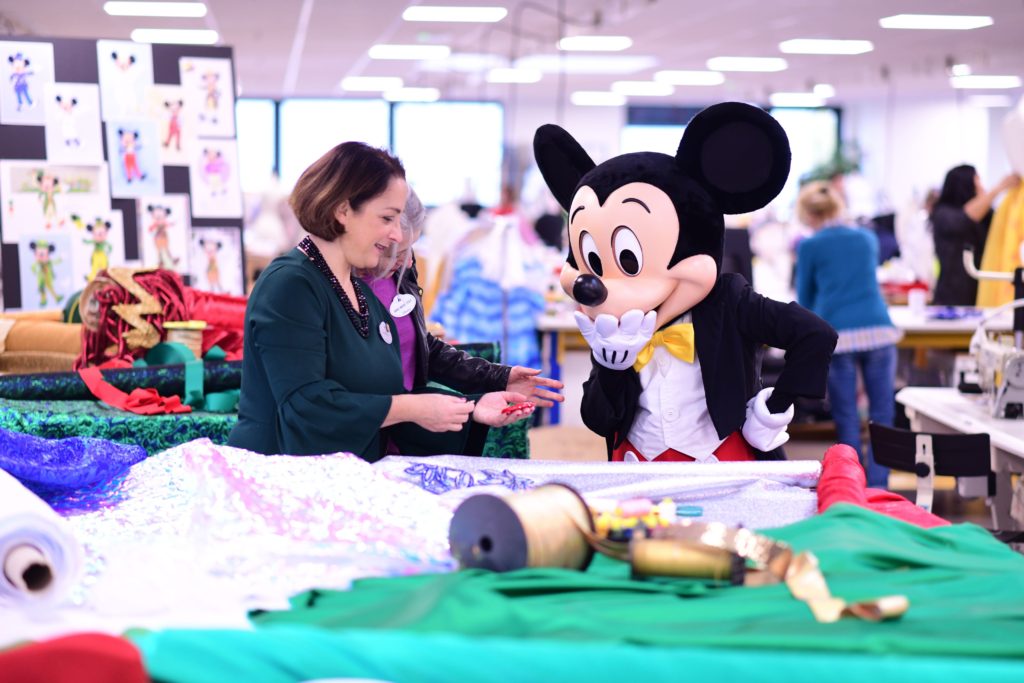 It’s one of the most fascinating yet rarely seen department of Disneyland Paris, the Costume Department creates numerous pieces all year long for the Resort’s shows and events. The Insidears team gives us a glimpse into the Magic!

To impress your family and friends on your next visit to Disneyland Paris, here are lots of facts that will make you a Disney costumes know-it-all!

• It is estimated that Mickey Mouse has more than 200 costumes. With shows, parades, seasonal events and special parties, there is an opportunity for Mickey to wear a special costume on all occasions. And of course, he is not the only star to have a huge dressing room. Just imagine how many costumes there are behind the scenes at Disneyland Paris.

• Minnie Mouse also has an incredible wardrobe with no fewer than 150 outfits created especially for her. With spring, Russian winter, Parisian and sport designs – and even an haute couture dress created by Alber Elbaz in 2013 – this fashion icon, can change her outfit as she pleases.

• About 60,000 stage costume items are used for Disneyland Paris shows.

• For a show like The Lion King: Rhythms of the Pride Land, more than 400 costumes were made over a period of two years. To be even more precise, that is about 30 costume designs, 50 days for fittings and making adjustments, 1,876 costume items, 2,541 metres of wonderful fabric and 112 pairs of custom-made shoes.

• For the performance of The Jungle Book Jive, the creative teams travelled to Rajasthan in India to see what the traditional jewellery and costumes were like to make the show even more immersive. No fewer than 46 different designs were needed for the show, which features 2,000 pieces of jewellery from Rajasthan.

• For Timon’s Matadance – a show also created for The Lion King and Jungle Festival – 4,500 painted beads were needed and 859 costume items were developed.

• Disney’s Christmas Parade has been put together with 51 designs and 5,025 costume items for the parade with 98 Disney artists and characters.

• Last but not least, about 8,000 Cast Members in operational roles are dressed by Disneyland Paris Costuming teams, with 692 costume designs created since 1992.