Lost in Production – A Spoiler-Free Review of Artemis Fowl 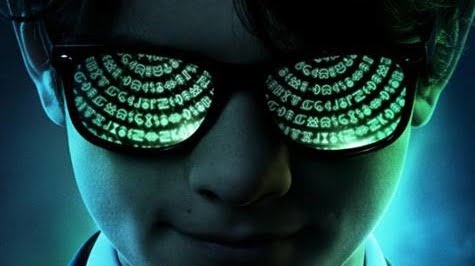 I went into the new Artemis Fowl movie with zero knowledge of the book series. According to some comments I’d seen on social media from book fans, there was very little accuracy.

From what I could tell from watching the movie, Artemis Fowl Jr. has just been introduced into the world of fairies and magic, which just happens to be in the center of the earth (and it has much more advanced technology than its human counterpart). Artemis’s father, Artemis Fowl Sr., has been kidnapped by a fairy named Opal, who has a strangely distorted voice and never shows her face. This mystery fairy wants to take over the human world for the fairies, who have been forced to live underground in Haven City to protect their kind from the people living above ground. Now Artemis Jr. must take up his father’s business and find the legendary Aculos which has fairy powers that are never really explained.

If I could sum up Artemis Fowl in one word, it would be “exposition”. The exposition is everywhere in this movie. The movie starts with the capture and interrogation of Mulch Diggums, a giant dwarf with an unidentifiable accent played by Josh Gad. The accent almost immediately pulled me out of the movie, especially when he started to become the narrator of the story. Every time the narration starts it almost always becomes a fourth-wall break, with Mulch at times even staring directly into the camera like Jim from The Office. Mulch’s exposition is mixed with multiple readings from Artemis Fowl Sr.’s journal documenting the magical world he’d fought to keep hidden. Other characters, like Juliet Butler, the niece of the Fowls’ Butler, simply exist to explain concepts to Artemis Jr. and the audience (it’s also interesting to note that the Butler family, who serves the Fowls, was made black instead of being white like in the books).

The acting in Artemis Fowl is less than stellar, leading to some awkward scenes.

Poor Judi Dench has been in two of the worst movies of the past few months, Cats and Artemis Fowl. Unfortunately for her, Artemis Fowl is not her finest work, as she tries and fails to create a rough Irish accent while being the commander of the LEPRecon division of the police. Lara McDonnell, the young Irish actor who plays fairy cop Holly Short, is passionate about her role, but her acting seems cartoonish compared to others in quite a few scenes. Her character is also white-washed, which is a shame. Along with poor acting, most of the jokes fall flat, including Dame Judi Dench saying “get the four-leaf clover out of here” instead of cursing and Josh Gad making gluten-free jokes. Fortunately, there are some good actors in the movie, including child actor Ferdia Shaw who plays the title role of Artemis Fowl Jr. with a cockiness book fans will appreciate. I have to give him credit for working with what he was given (a particularly bad script). And Colin Farrell is charming with his natural Irish accent, for the short amount of time he is on the screen.

While the movie could have had an interesting plot, the CGI and editing are terrible, especially for a movie with a $125 million budget. One particularly horrifying scene depicts the giant dwarf Mulch pulling out his jaw like a giant shovel and eating through dirt to create a tunnel, farting the dirt out of his heart-decorated underpants. Oh, and he has magic hair. While some of the CGI effects were quite good, including “time bubbles” manipulated by the fairies, there are too many sparkles and bright lighting effects that make scenes more distracting. Other effects, like the horse legs of a centaur, seem cheesy and look as if they came from a movie from the early 2000s. Even the fight scenes that could have been interesting are made worse by their effects, particularly the slow-motion bits. I might have given the creators credit for using a cool font for the title and credits, but the font was white and made it nearly impossible to read in front of the bright scenes of Ireland.

One thing that I believed was quite good about Artemis Fowl was its music, composed by Patrick Doyle (known for his compositions in movies like Sense and Sensibility, Harry Potter and the Goblet of Fire, and Brave). The music fits well with the stereotypical scenes of Ireland, giving listeners the impression of classical Celtic music as the camera pans through green fields and passes by stone circles with magical runes. The scenery of Ireland is nice, but according to readers of the Artemis Fowl series, the world is meant to be gritty and mysterious, definitely not like the picturesque images shown.

Ultimately, Artemis Fowl will go down in adaptation history as one that failed to capture the essence of the books it is based on. The movie feels as if it was created to be an equivalent to the first Avengers film, bringing characters from different worlds together to fight (and to create cash-grabbing sequels). Unfortunately, by simply existing to be the platform for another movie, Artemis Fowl fails to create an interesting standalone film that appeals to anyone, fan of the book series or not.