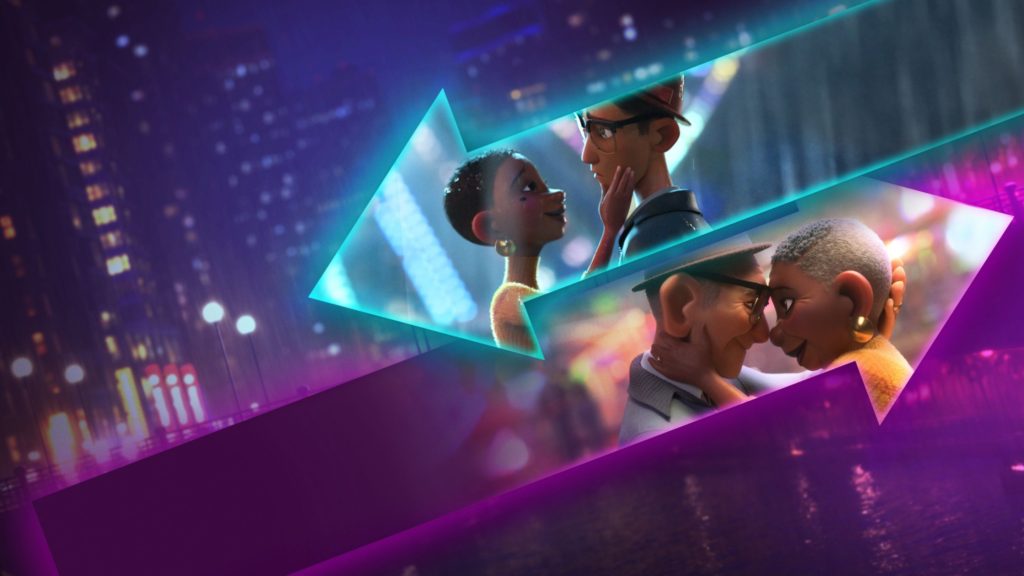 Earlier this month, Disney held a virtual press conference to discuss Us Again, the short film that played before Raya and the Last Dragon in theaters, and was released on Disney+ on June 4th. The conference, hosted by dancer Derek Hough, went into detail about the creation of Us Again and featured filmmakers Zach Parrish (Director), Bradford Simonsen (Producer), Keone & Mari Madrid (Choreographers/Dancers), and Pinar Toprak (Composer). 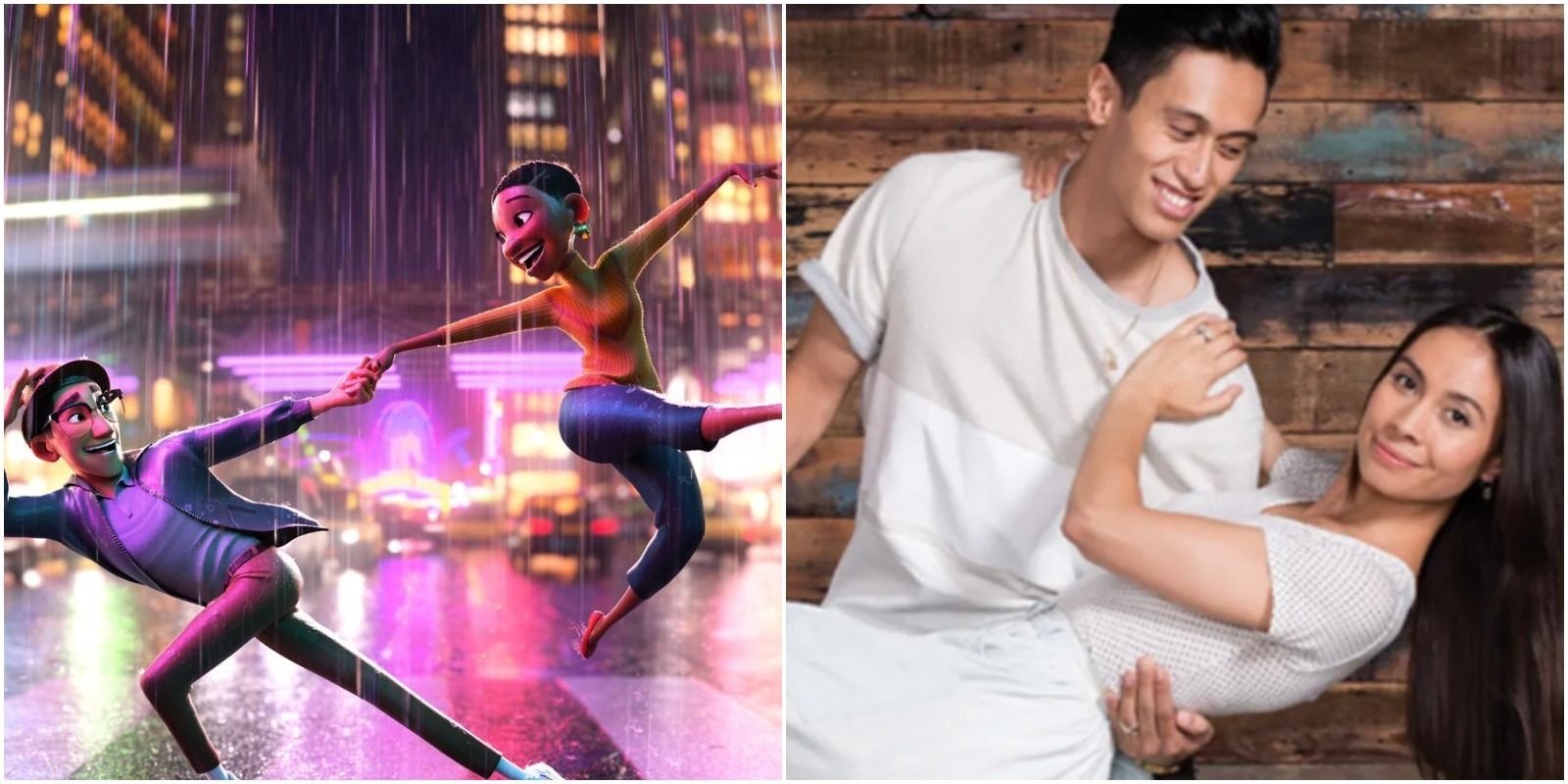 For those who have not seen Us Again yet, I won’t go into too many spoilers. The 7-minute film takes place in a world where everyone dances and music plays, a city where there is no dialogue. Art and Dot are an old couple living in the city and Art is reminiscing on his past, wishing he could be young again, upsetting Dot. When a magical rainstorm grants his wish, Art chases Dot through the city in a magical dance sequence that will leave you breathless with its enchanting music and choreography. 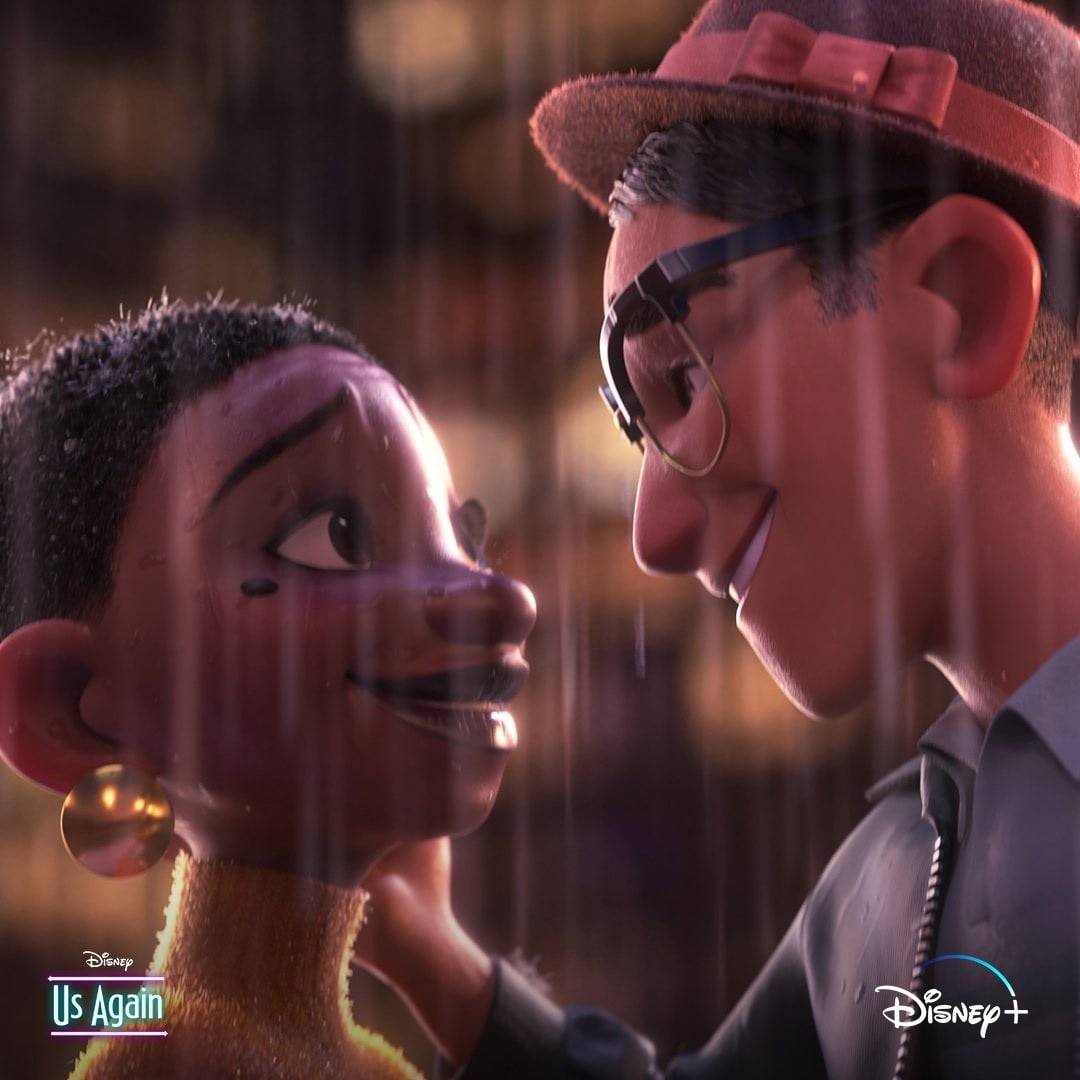 One of the more interesting aspects of the film is its take on the mythical “Fountain of Youth,” water that can make one young again. Instead of having a fountain, Zach decided to use rain, taking something that is usually used at the character’s lowest moments and transforming it into something joyful and lively. Rain is temporary, just like the youth it allows Art and Dot to return to for a short time.

Us Again was truly a collaborative effort for Disney to create. Originally, Zach Parris was inspired by his grandparents, whose names became the names of the characters, Art and Dot. He decided to tell a story using dance, similar to Fantastia 2000’s “Rhapsody in Blue.” Once Zach had the idea and did some storyboards with Bradford Simonsen, he invited Pinar Toprak, the composer of Captain Marvel, to come up with some ideas for the film’s music, its main form of storytelling. To quote Pinar herself, “Every note mattered. Every choice mattered. Every instrument mattered.” The music was in the styles of funk and soul, so Pinar was happy challenging herself with genres she is not typically asked to work on.

At the same time that Pinar was composing the score for Us Again, Zach and Brad invited Keone and Mari, a couple renowned for their incredible and emotional dancing, to the animation studios to do the choreography for the film. The pair were fascinated by the story’s take on age, as dancers tend to have a “shelf-life” and obsess over maintaining their bodies to keep young and healthy for as long as possible. For those familiar with musicals from the Jazz Age, there are plenty of references in the choreography that nod to famous moments, including a Singin’ In the Rain Easter Egg and a scene reminiscent of An American in Paris! 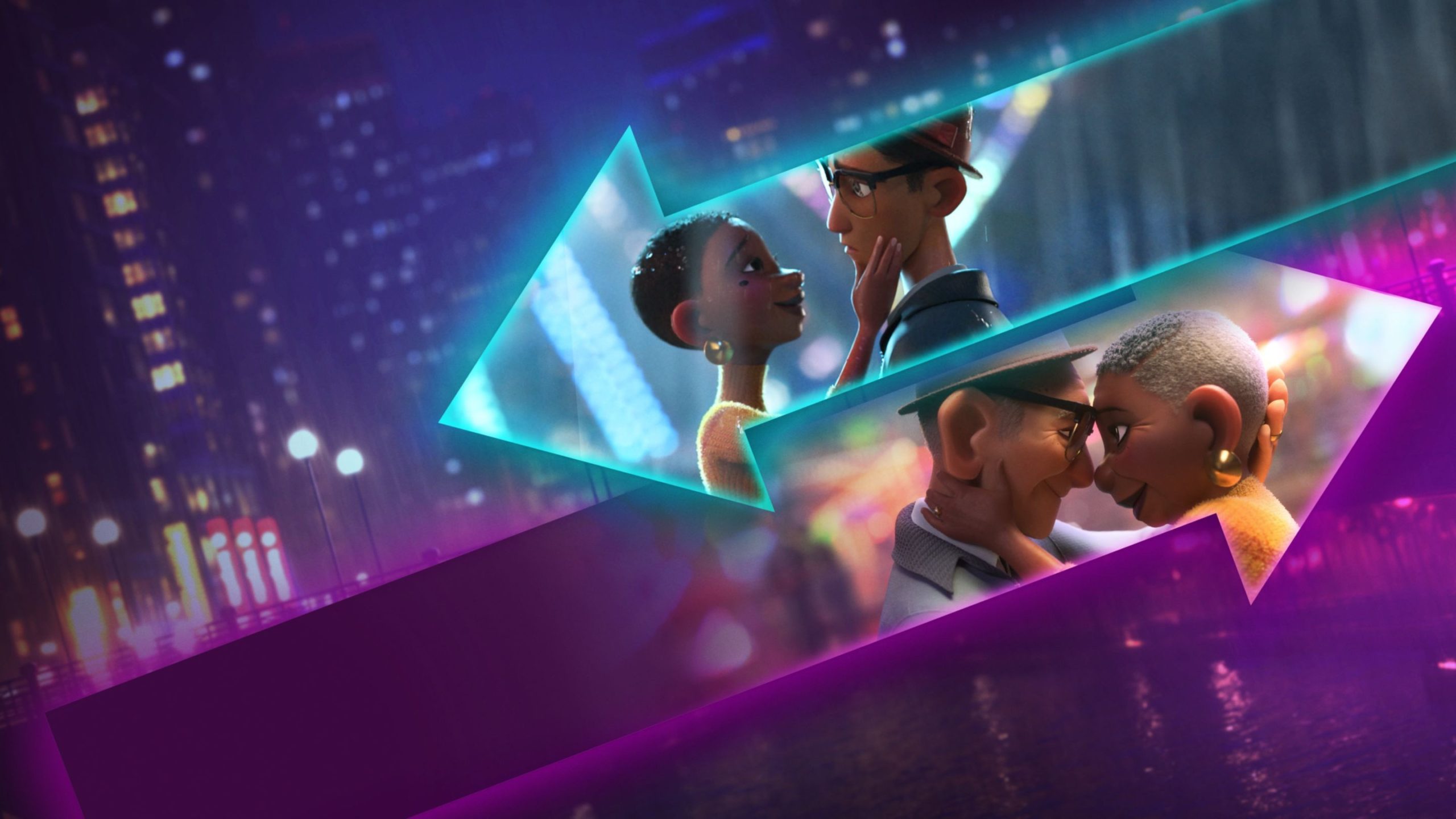 Of course, as Us Again is the first animated short in five years from Disney, there was an animation team dedicated to making sure the film was as perfect as possible. The team would use the reference choreography that Keone and Mari filmed to turn the dancers into Art and Dot. They created over 1,000 unique background characters and worked on hair simulations, cloth simulations, and even transformations for when Art and Dot change ages throughout the film. 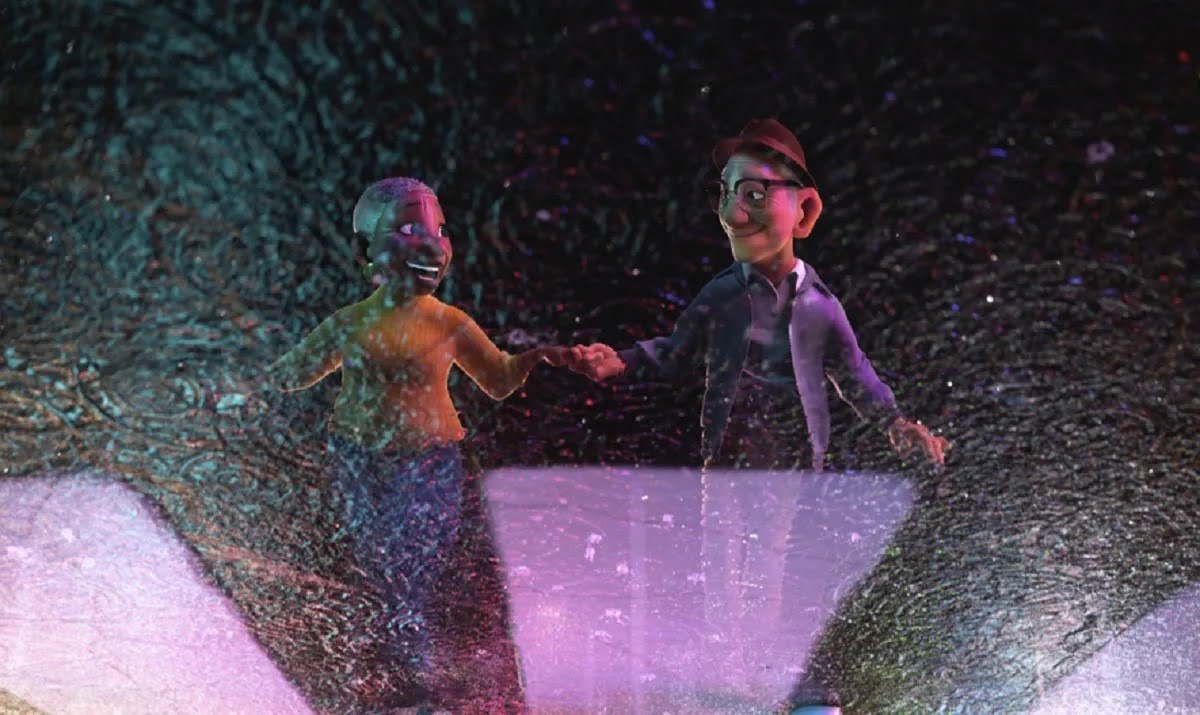 The choreography, composing, animating, and other steps all occurred at the same time, with each person giving notes to each other as Us Again developed. As Brad said during the conference, everyone has to have an attitude of “we can do this” in order for such a large and intense project to work. By collaborating, the team at Disney was able to produce a magical short film with beautiful messages of love, hope, and growing old together.

At the end of the conference, we were treated to a live performance by Keone and Mari, who performed a dance sequence from the film from their studio in San Diego. It was an incredible experience to see the actual dancers who still managed to look just as fluid as their animated counterparts in real life. As Zach said, the dancing couple is “made for animation!”

Ultimately, the filmmakers hope that viewers of Us Again will understand the message of being present, not focused on the past or worried about the future. They especially cannot wait to have young children realize that their parents and grandparents were kids like them once, which can lead to some wonderful family conversations. Us Again is a beautiful short film that will unite audiences of all ages through song, dance, and love.