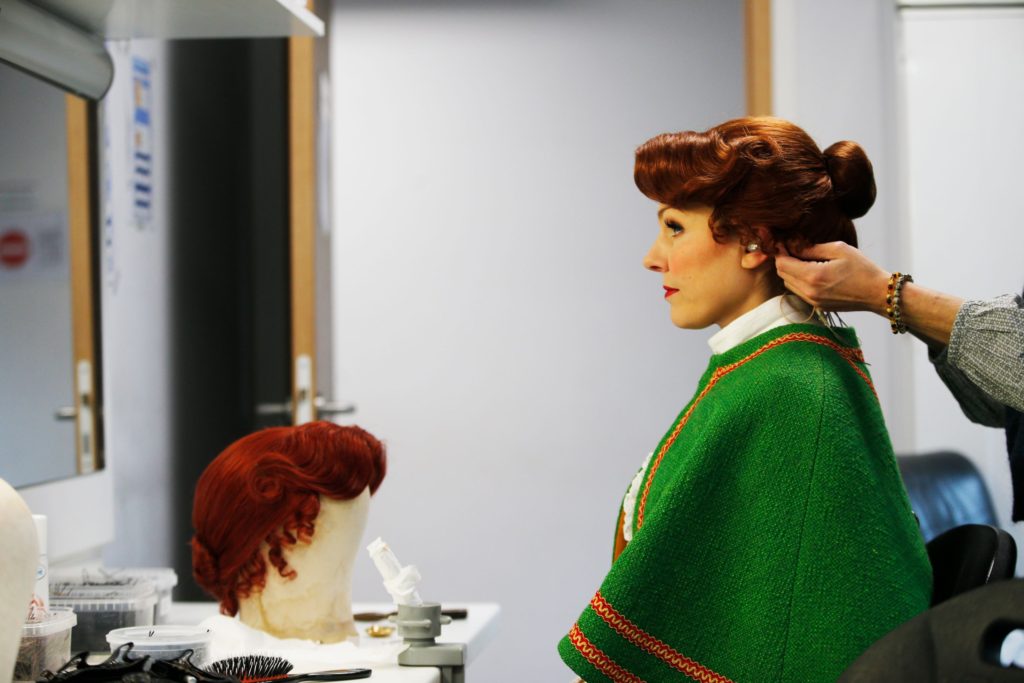 What would Christmas be without its traditional tunes that we sing with family or friends by the fireside? This is the whole spirit of Let’s Sing Christmas, the show that lights up Videopolis Theater during these Christmas and New Year celebrations. For this colorful production, Mickey, Minnie, Donald and Goofy decided to put this repertoire in the spotlight with their singer friends, including Bessie, played by actress and singer Rachel Pignot.

The Insidears Team recently sat down with Rachel: 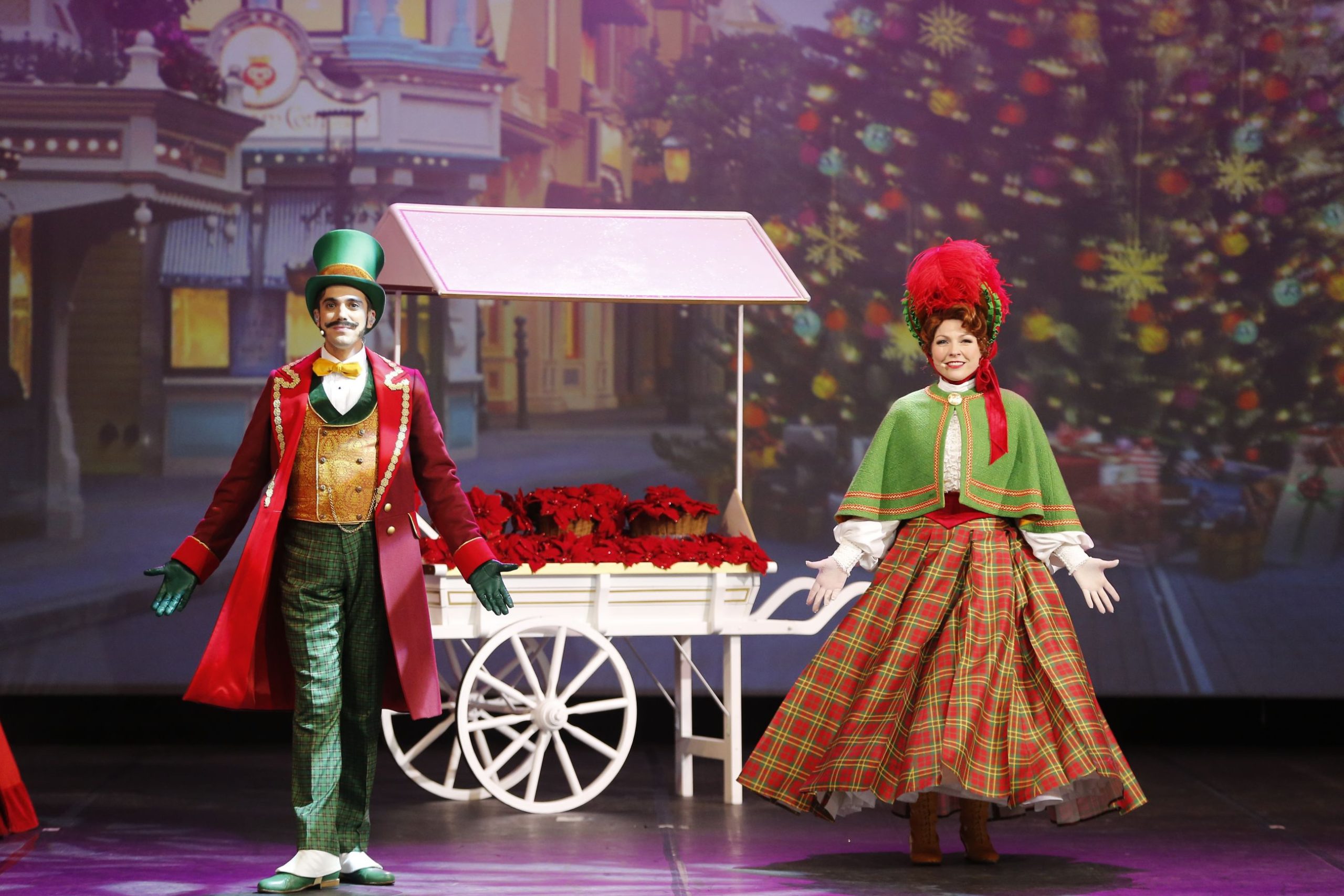 It looks like she was straight out of a Dickens novel with her Christmas Caroler costume worthy of the Victorian era. Rachel Pignot is a discreet yet essential figure in the Disney universe. Singer, actress and dancer by training, she was passionate very early on for French song and musical theater (Les Misérables, Sister Act) but also for the art of animation. In 2001, she became the singing voice of Snow White in the new dubbing of the animated classic. “I am one of those people who have been rocked by Disney. I am very sensitive to the quality of drawings, stories, songs, music. It was largely thanks to these films that I wanted to sing. And when I was fortunate enough to be able to audition for Snow White and the Seven Dwarfs, I lived it like a waking dream.” Since then, she regularly participates in dubbing Disney films, whether for choirs or other emblematic characters like Giselle, the princess of Enchanted (2007). “With Disney, there are always great things to sing and share! ” 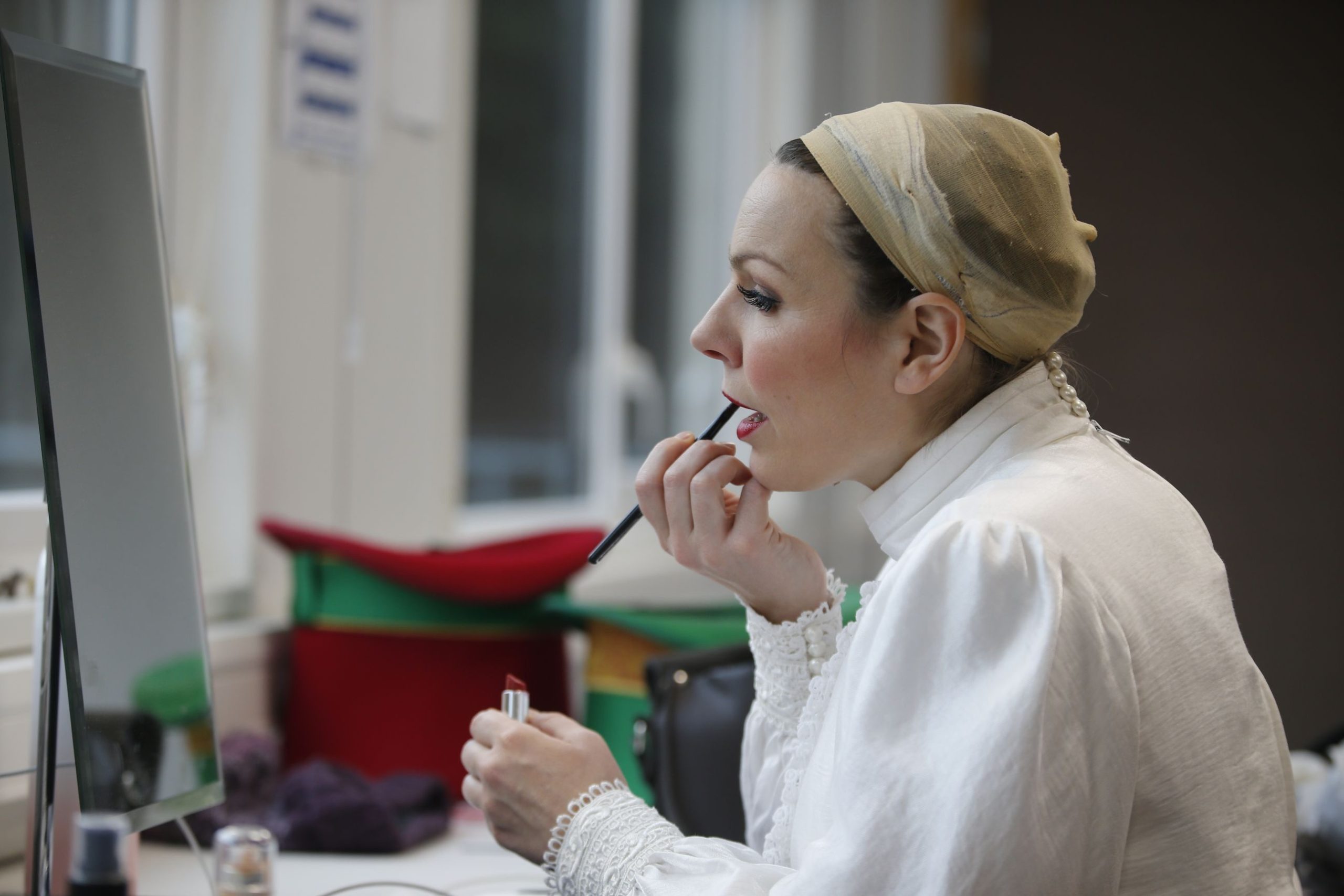 And the dream continues at Disneyland Paris, with which she has collaborated for several years, whether on Mickey and the Magician or on Let’s Sing Christmas! “The shows at Disneyland Paris are of incredible quality, in musical, theatrical, vocal and scenographic terms. I always live it as a chance and a happiness. ”

Let’s Sing Christmas! celebrates the holiday season in its most warm and classic way. “Christmas Wishes”, the song that opens this show, is emblematic of this spirit. It is a tribute to the traditional Christmas Carols through a writing evoking at the same time “Carol of the Bells” and “Deck the Halls”. But this show is also an opportunity to revisit the classics, with “Oh Christmas Star”, a more “rock” version of “Mon Beau Sapin”. “With its electric guitar, it’s a different moment, but it brings us together even more because it takes us to laughter and fun.”

The singers and their vocal coaches, Guillaume Coignard and Samuel Sené, worked especially on this diversity of styles. “The challenge of this show is to keep a certain homogeneity in terms of vocal colors to stay in a classic tone, while exploring more modern styles. Guillaume Coignard takes particular care in finding the right harmony of sounds and voices. It’s very nice because we are guided as closely as possible. Then Samuel Sené goes on from Guillaume’s work and follows us throughout the season to keep this very specific color. It’s a natural sound, slightly muted, without being too lyrical. Even in the treble, you have to keep a pure, light clear tone, without falling into something pop, in order to stay in the classic spirit of the show. ” 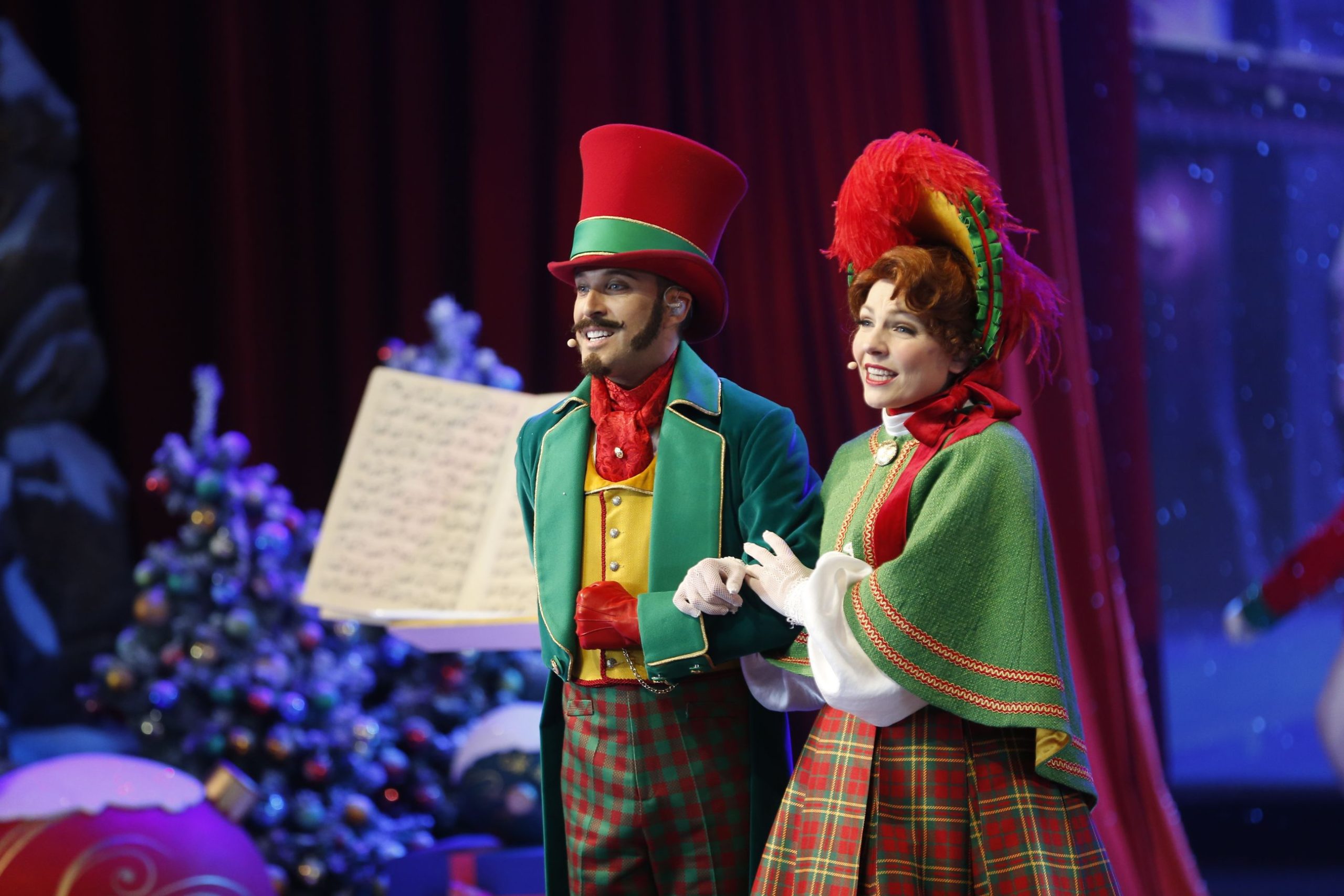 When singing in multiple voices, harmony is essential. It is first of all a question of instinct and profession. The singers for the show come mostly from musical theater, others have already worked on Disneyland Paris productions. But it is also built and strengthened on a daily basis. “We regularly rework the songs to be sure that we are always on the same wavelength in terms of sound and harmony because, despite the differences in our voices, we must maintain this unity. ”

However, within this unit, each singer retains his own personality. Better yet, show director Emmanuel Lenormand encouraged each of them to develop their own role. “These different personalities have refined over the course of rehearsals and performances, in contact with Mickey, Minnie, Goofy and Donald and the energies of the show. We are four singers on the set, but eight singers in all in the troupe and therefore eight characters to build. We proposed things in rehearsal to our Show Director and our Captains, and more often than not they were kept. For example, one of our characters is a little more reserved at the start of the show and little by little, as the songs and the Disney Characters arrive, he will open up and start dancing even more than others ! ” 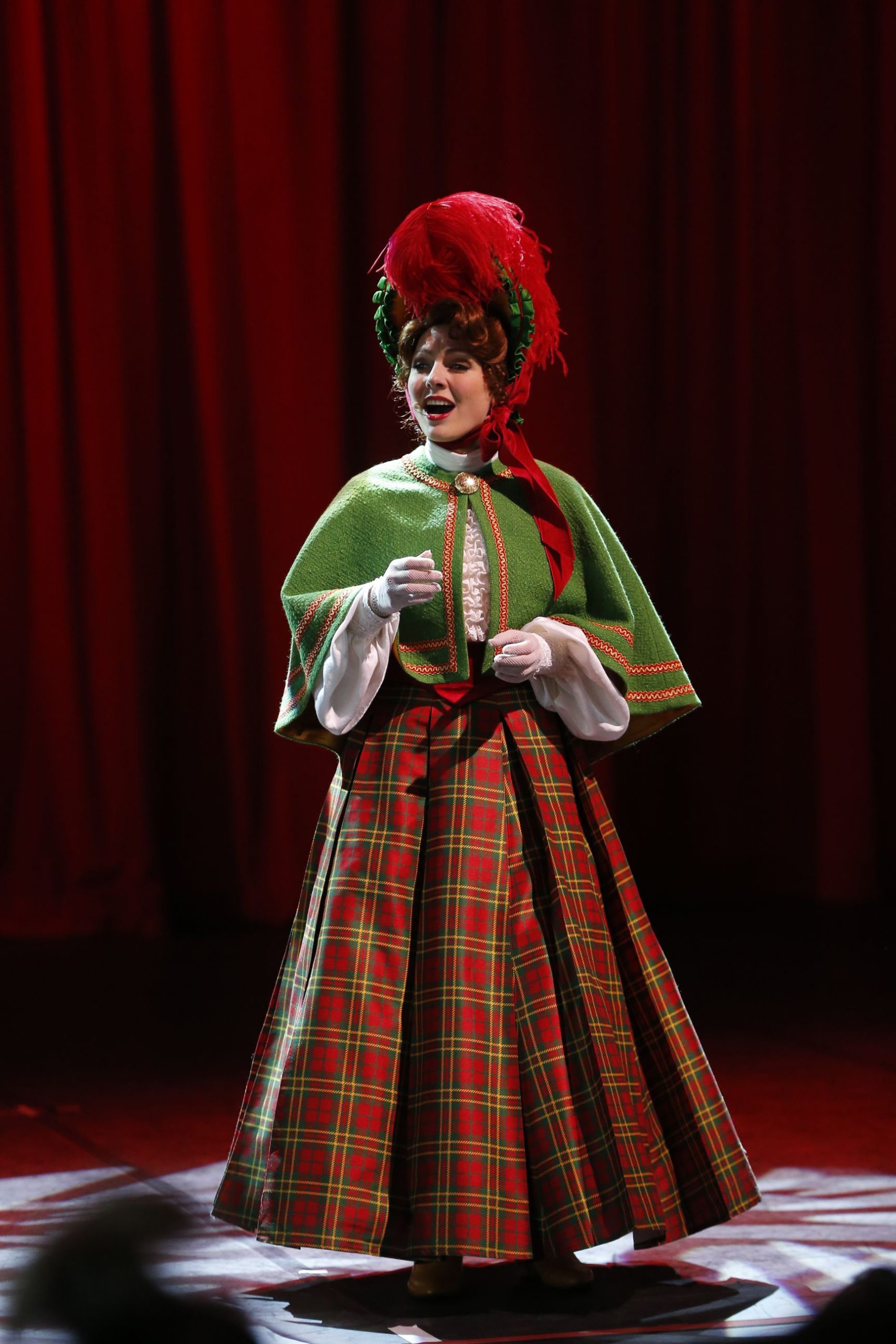 The character that incarnates Rachel Pignot is called Bessie, and she is a little like her: “I am a big romantic and a fanatic of Christmas. I love Disneyland Paris all year round, but more so at this time of year. Bessie has a little the same spirit. She seeks to bring joy to the hearts of people. I wanted to give her a little Mary Poppins side, as if I could, through these Christmas carols, give love and joy. ” 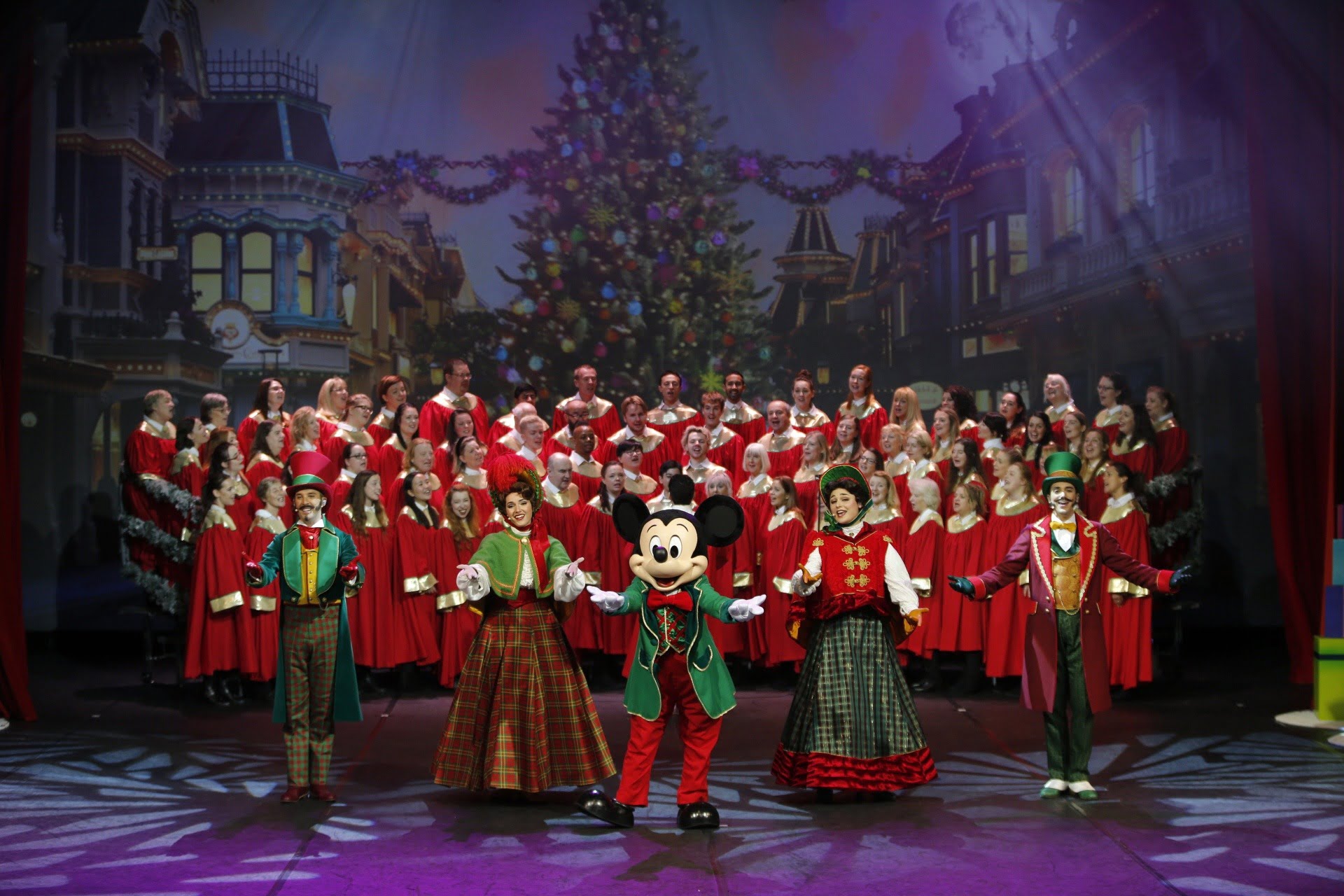 But the singers of Let’s Sing Christmas! are not limited to a quartet. Every weekend, choirs from all over Europe can join the show as part of the Disney Performing Arts program, which hosts hundreds of amateur troupes on stages at Disneyland Paris each year. The artists of Let’s Sing Christmas! particularly appreciate these musical encounters. “It is very enriching. We are carried by the choirs. The two versions of the show are very different in energy but just as fun to do. This version with choir is very engaging. In addition, we are fortunate to be able to spend a moment of discussion and sharing with the singers just before the performance, which allows to create a real bond with them and makes the show even more enjoyable. It creates great musical encounters for us as well as for them. ”

On Let’s Sing Christmas!, the holiday spirit blows on stage as well as behind the scenes and this is felt with each performance. “Sound and light technicians, stage managers, dressers, all the people in the shadows who comb our hair and watch over us, that’s also magic. It’s a real team effort, and without them there’s no show. It’s very nice to come here, to feel that you are happy to be together, to work together, in the desire to give magic and joy and to receive it too. We say it every day: we are very lucky to take part in a production like this, to play with the Disney Characters on stage, to dance with them and to share all this with our visitors! ” 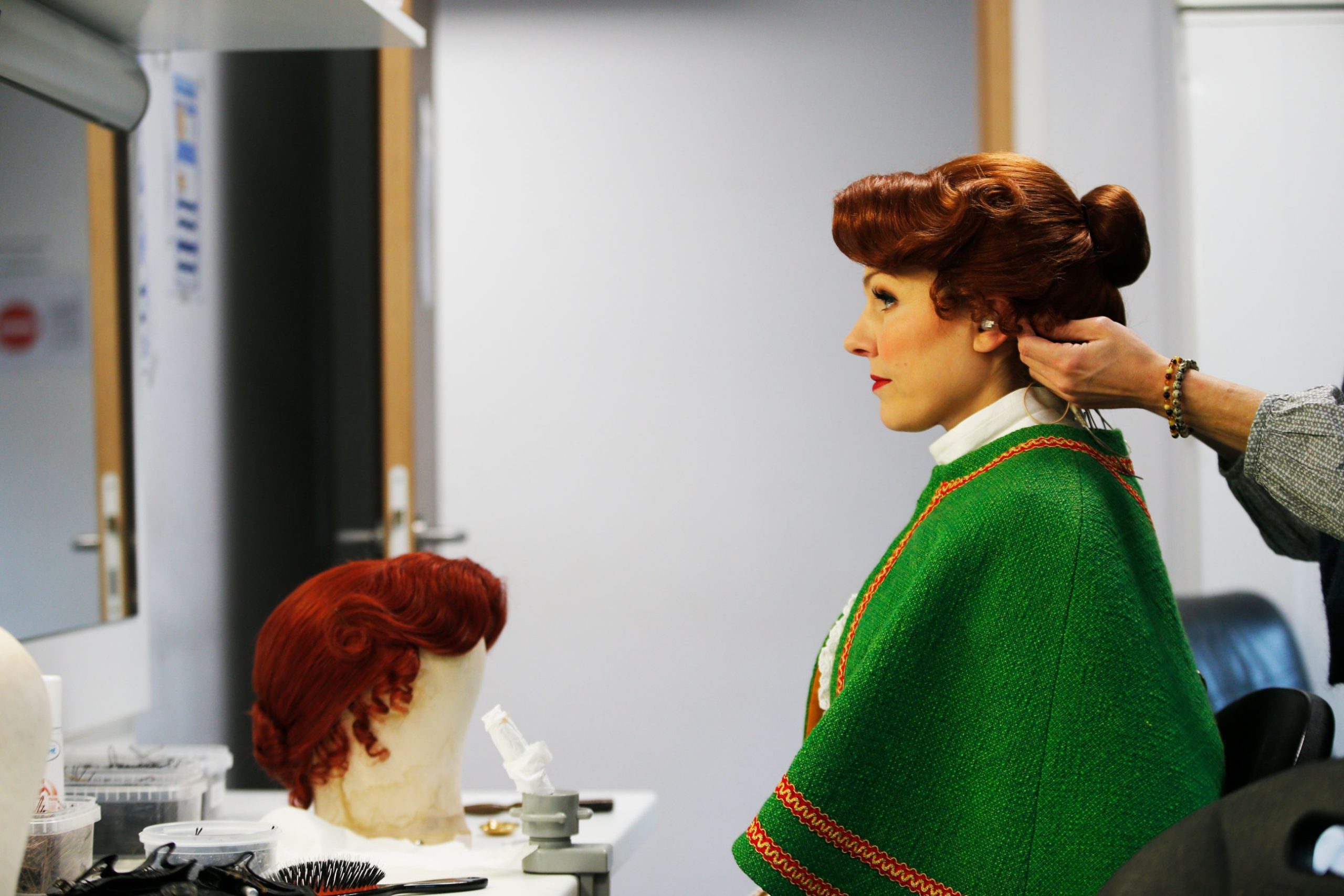 For Rachel Pignot, there is no border between musical styles and audiences. Musical theater, song, musical (at Mogador, at the Nice Opera or at Disneyland Paris), it’s all about fun and generosity. “Whether at Disneyland Paris or elsewhere, we are lucky to be able to entertain the public. I do not separate the different aspects of my career. I take them all with as much seriousness and as much fun. “