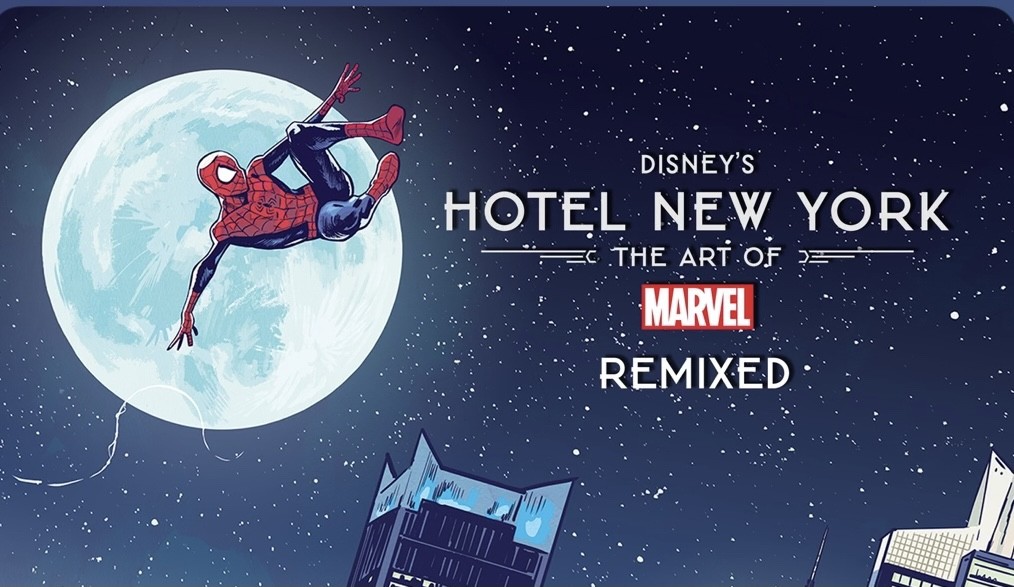 From concept to production, Associate Music Producer Naveed Dezfoli has accompanied every step of this unique artistic project. The album is now out on most steaming platform, all the links are available HERE

He tells InsidEARS a bit more about this one-of-a-kind adventure.

Can you tell us a little more about your work on this project?

I was in charge of producing music for the hotel, intervening at each step of the creative process. This includes determining the creative needs for the project and guiding our team of producers and composers from start to finish.

What is the musical concept for Disney’s Hotel New York – The Art of Marvel?

The hotel’s music is a tribute to the culture and style of New York. The stage is thus a contemporary art gallery but dedicated to Marvel. For this, we produced over 75 minutes of original music for the hotel’s lobby and corridors. In essence, the Marvel themes are revisited in an urban, up-to-date style. This is the first time we’ve taken the iconic music from our Marvel movies and presented it in a whole new light.

It’s a true re-creation! This is the first hotel dedicated to Marvel, so it was important for us to produce music that was true to the Marvel films and characters. That being said, we couldn’t use the original soundtracks because they were designed specifically for the films. We knew we had to adapt them to our experience. The Chillhop style is closely connected to New York’s culture. It’s a fresh approach to hip hop and jazz, with catchy patterns and even a little humor at times. That’s why it felt perfect for our musical arrangements.

How did you find the right tone for Disney’s Hotel New York – The Art of Marvel, which is both a hotel and an art gallery?

From the beginning of the process, we were fortunate enough to be able to see early concepts for the hotel and a few of the beautiful pieces that were going to be on display…valuable clues as to what needed to be done for the hotel’s musical atmosphere.

From Birocratic to Cloudchord through Pandrezz, Plusma, Stan Forebee and Tennyson, very different musical universes come together in this album. How did you envision this diversity?

The hotel features the work of over a hundred artists and I found that particularly fascinating. A very strong source of inspiration came from the Comic books, with their bold colors and graphic style. I knew that music, as an art form and medium, could play a similar role and push the hotel’s already rich story even further. Like the Marvel characters, represented in very different visual styles, the musical theming needed to be treated in a similarly varied manner.
How did you select the artists who would be part of the project?
We partnered with renowned Chillhop artists and producers who could bring their own singular sound and unique style and identity to the project, all the while adhering to the musical themes we all know and love. Music is a universal language, and as an art form, it has the power to bring people from all over the world together. For example, Cloudchord is based in Austin, Texas, and Stan Forebee in Melbourne, Australia. Despite the distance, they collaborated on a particularly appealing reinterpretation of Michael Giacchino’s theme for Spider-Man: Far from Home. Birocractic, a New York-based music producer, brought a stylish hip-hop twist to Brian Tyler’s Iron Man theme. So yes, absolutely, the fact that our artists live in different countries and come from different cultures has clearly contributed to the richness and diversity of our story.

How did you work with them?

Our team of composers and artists were very enthusiastic about this project, especially since they were already familiar with the Marvel repertoire. From the start, their approach was experimental. Since these themes were to be performed in a totally new way, we were exploring totally unknown territory yet, at the same time, we wanted the music to sound like “Marvel”. Take Tennyson’s arrangement of the Avengers theme: it plays on the power of that well-known motif while staying true to the very experimental sound that is the Canadian duo’s signature.

How did you choose the themes to adapt?

As with all of our projects, we started by doing extensive research, exploring the great Marvel themes like Alan Silvestri’s Avengers or Ludwig Göransson’s Wakanda. We wanted to involve our artists as early as possible so that they could participate in the choice of themes that they would be asked to rearrange. It was their vision that interested us. Thus, it was important that they be really passionate about the material they were going to work on. We used a lot of famous themes, like that of Christophe Beck’s for Ant Man or Tyler Bates’ for Guardians of the Galaxy. We even played on the different Spider-Man themes, the classic version from the TV series and the contemporary version by Michael Giacchino for Far from Home.

What emotions did you want to convey through the music?

Much like an attraction, we wanted to immerse our Guests in the world of Marvel…doing so with the themes from the films was a creative imperative. That being said, we didn’t want the themes to be too visible. A hotel experience is still different from an attraction, and the music should be more in the background. We wanted it to add to the experience, not to be the focus of attention. That’s what Plusma’s version of the Avengers is all about. It’s done in a very subtle way, in contrast to the film’s heroic slant. It’s a totally new way of understanding Marvel music!