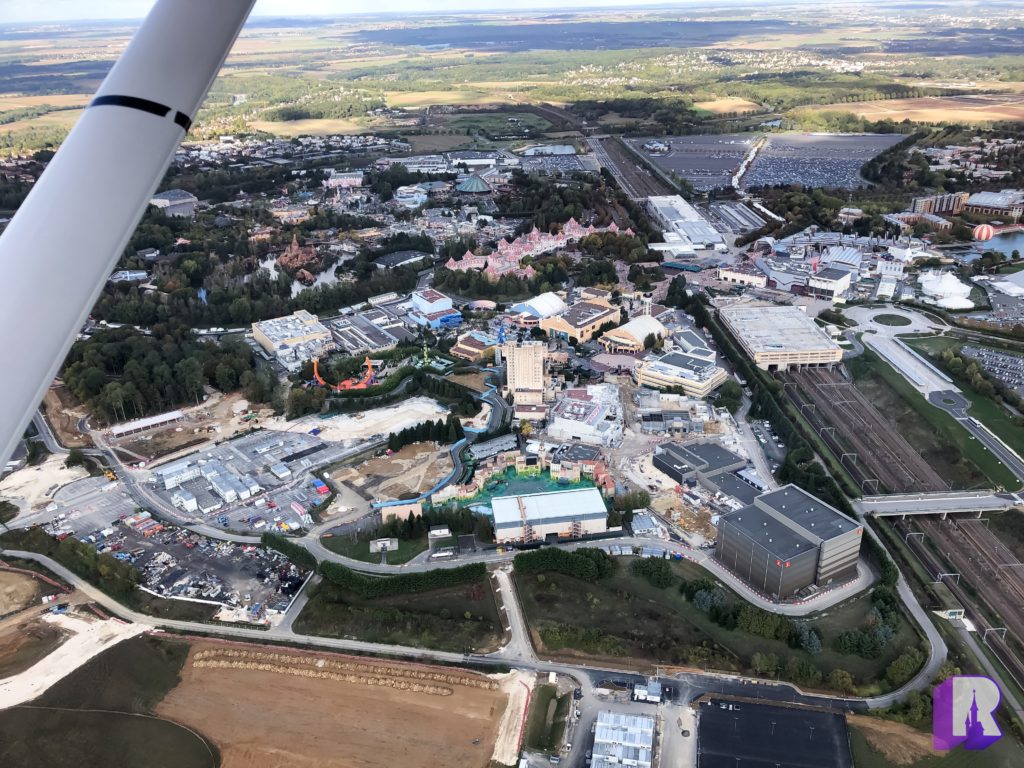 We got a plane! That’s how I started our Twitter coverage. It’s of course an over simplification but part of an effort to provide different angles in HD for what is set to be the biggest set of construction projects in the history of the Resort, over the next years.

We start with these wide angles of the entire area to give you an idea of the scale: 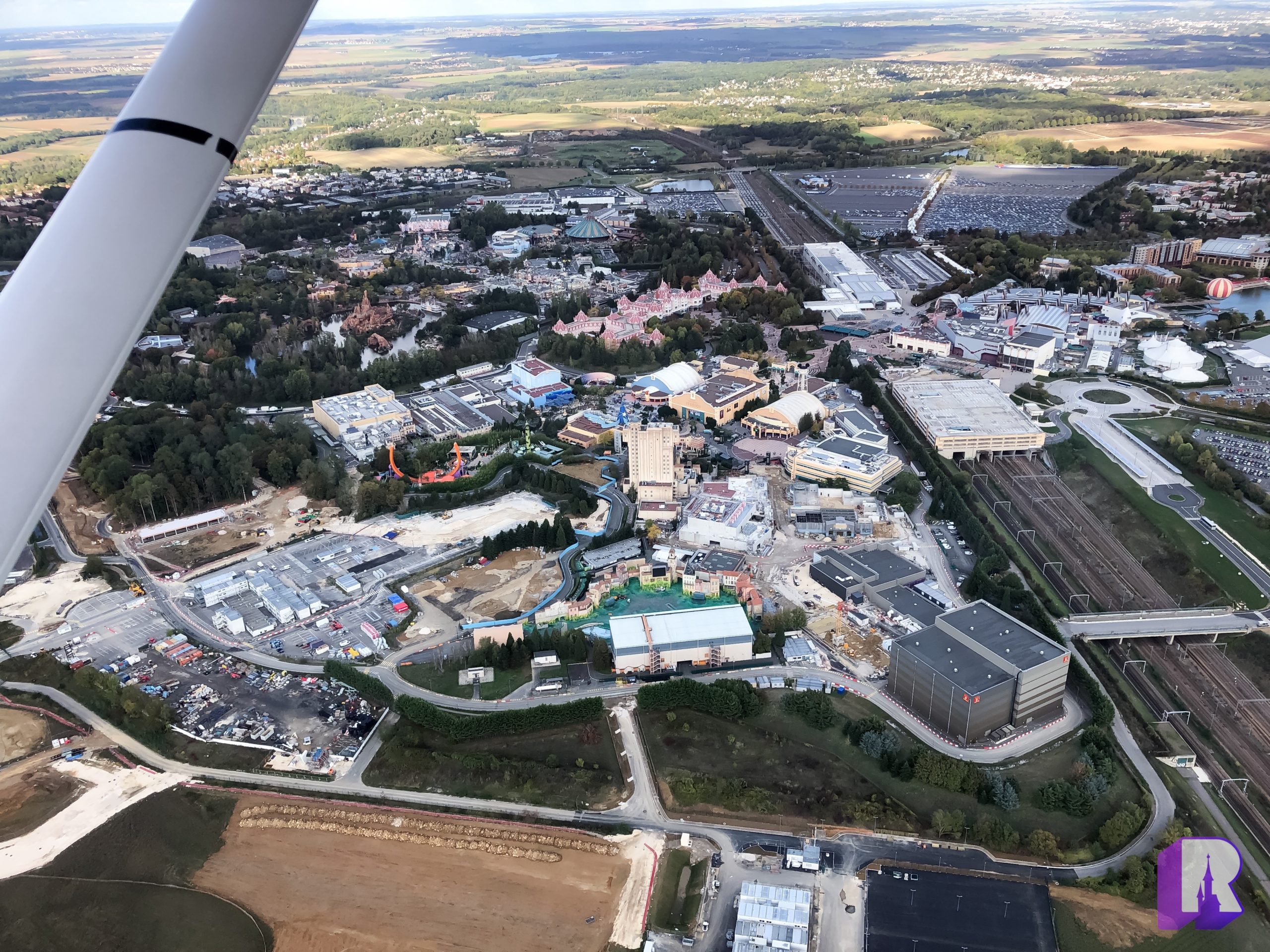 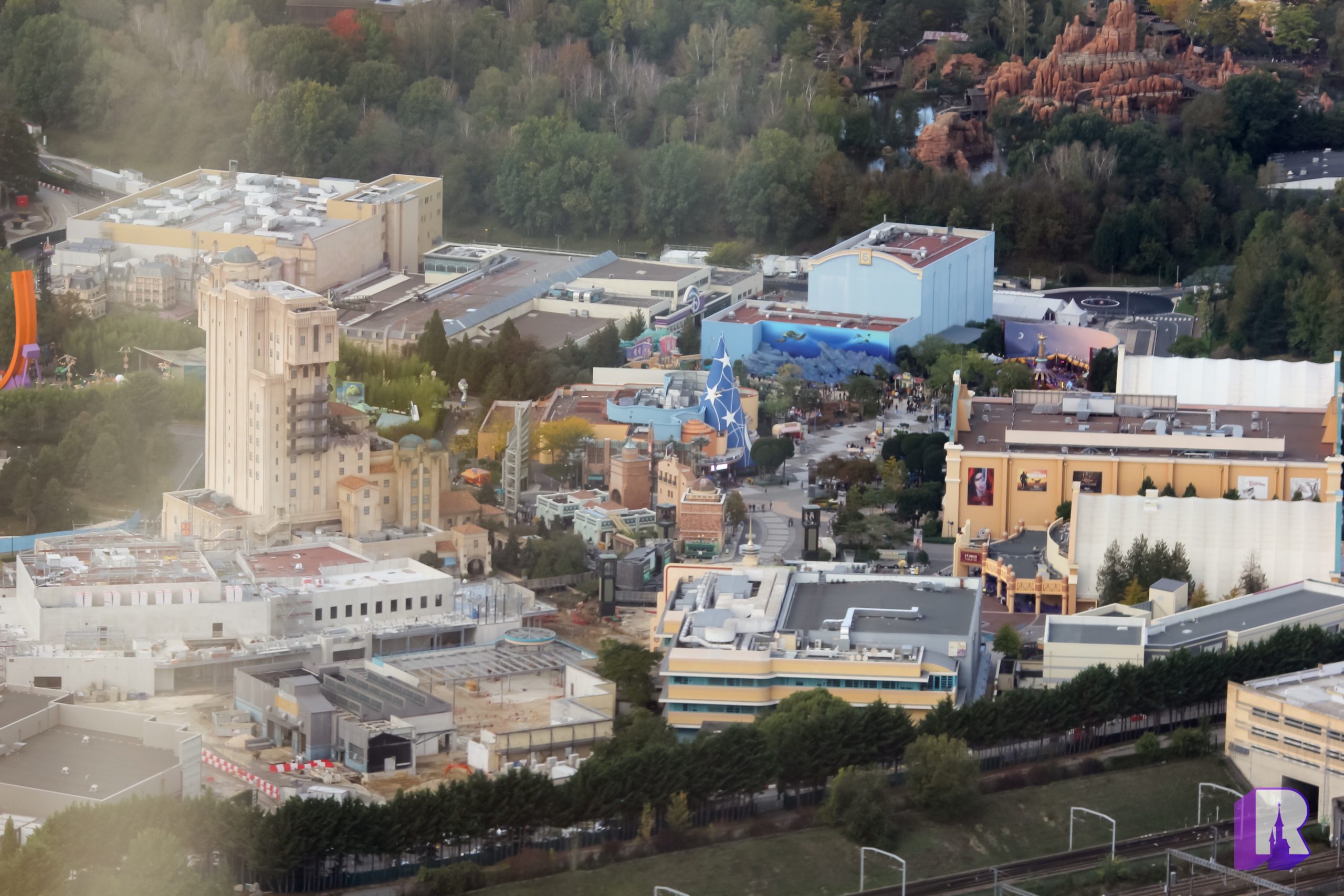 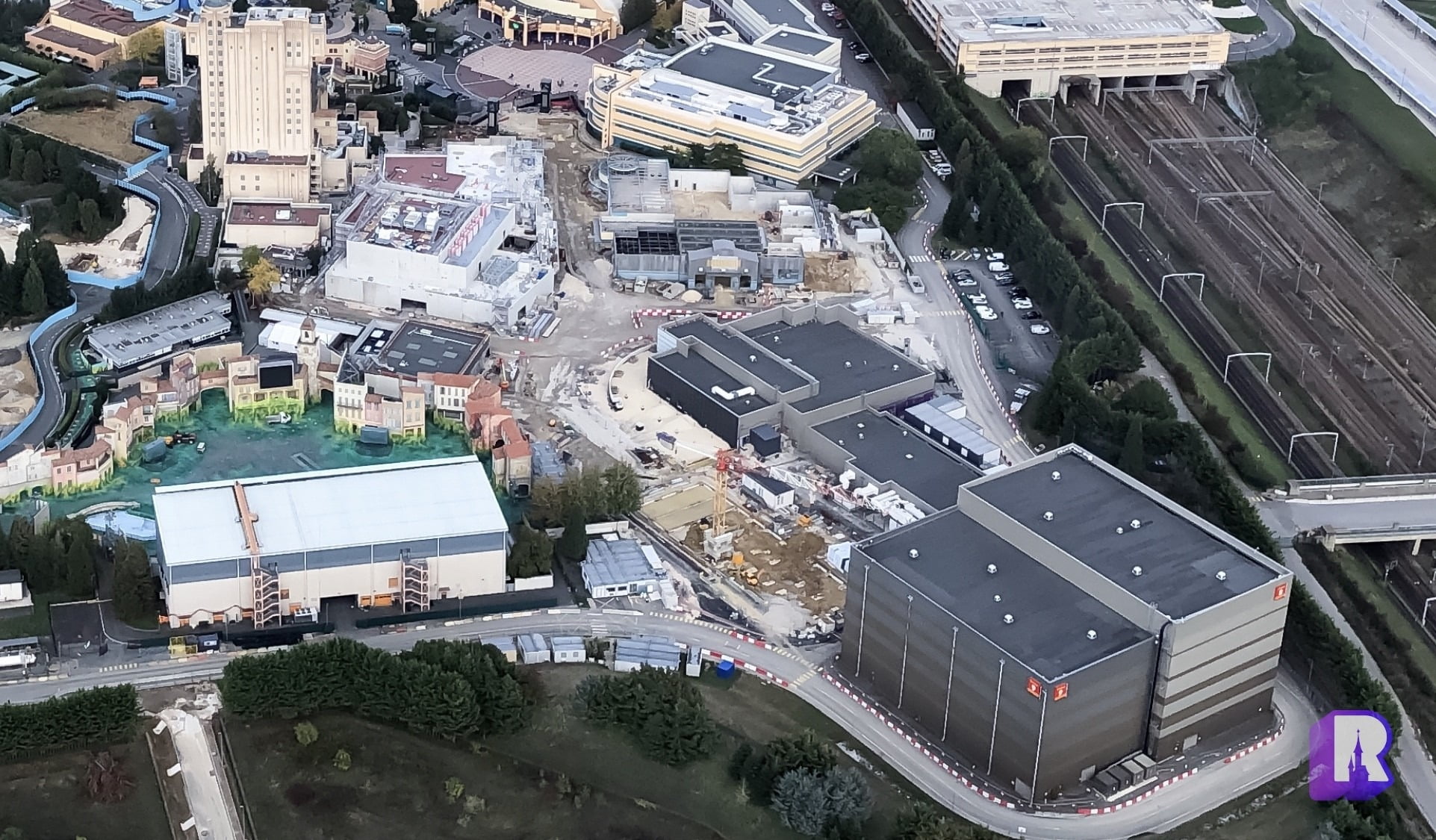 More than just a retheme, the building will be transformed. Note in particular:

– foundations for new backstage building to the left of the show building,

– preparation for the circular entrance awning,

– preparation for the queue,

– overall work on the facade,

This is what we’re expecting for this Attraction: 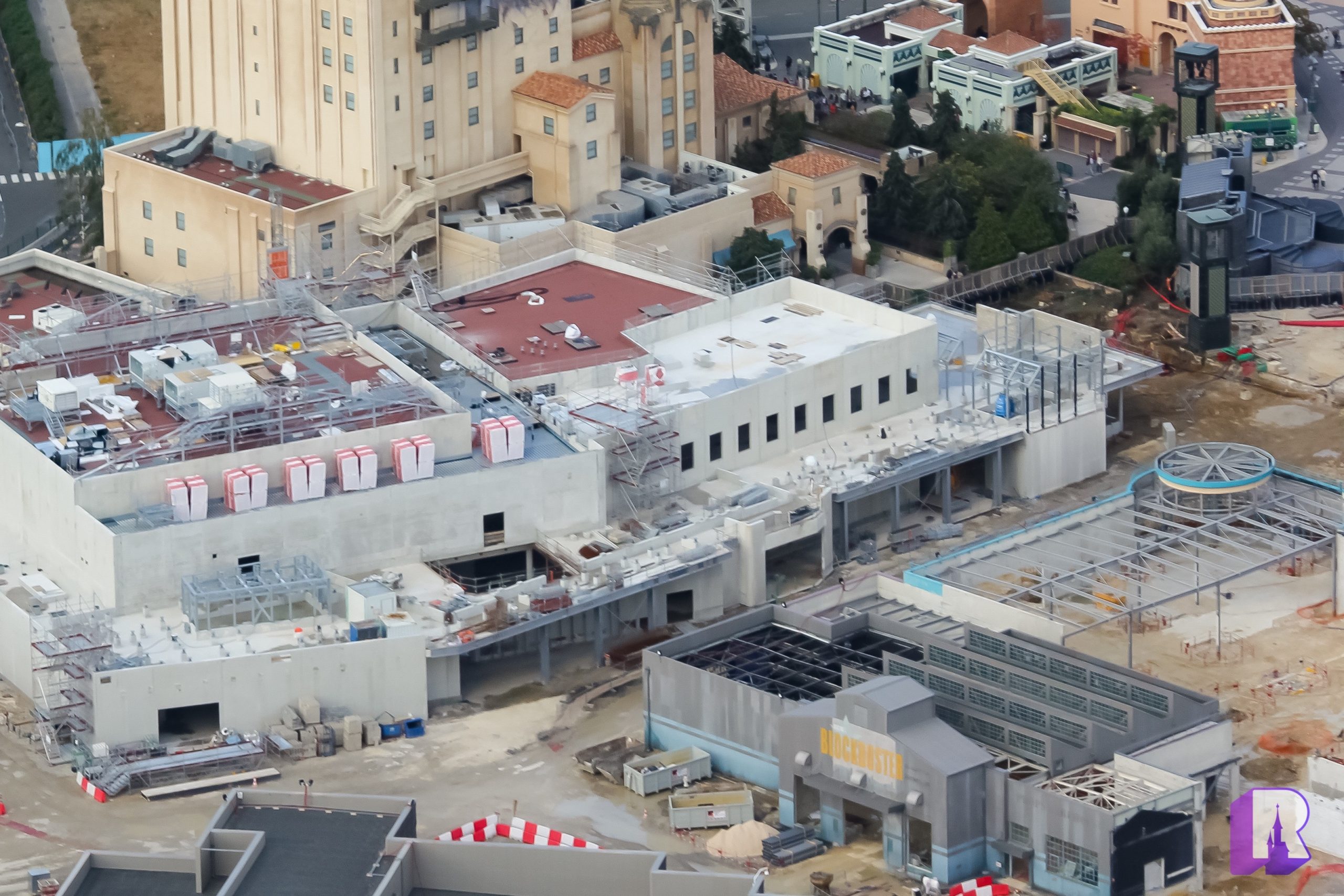 The progress became more obvious as soon as the building structure was complete. To note:

– metal frames for the various entrances, theming and balconies,

– just across, the restaurants have been gutted (interesting that they opted to keep literally just 3 walls instead of flattening the whole thing). 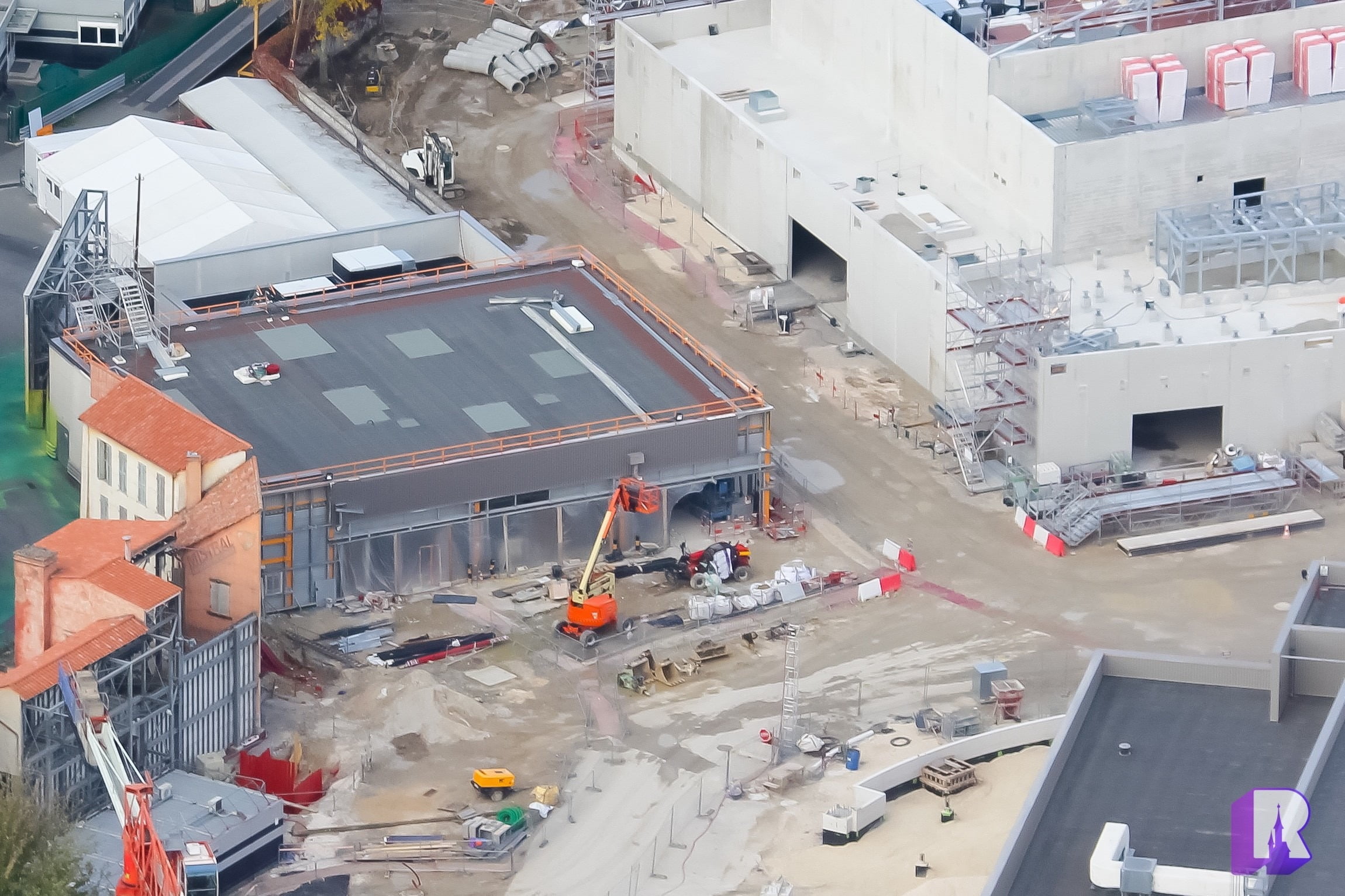 The former Moteurs Action garage is becoming the flagship meet and greet location for the land and has also made a lot of progress.

Mission control is that glowy building behind the landing pad: 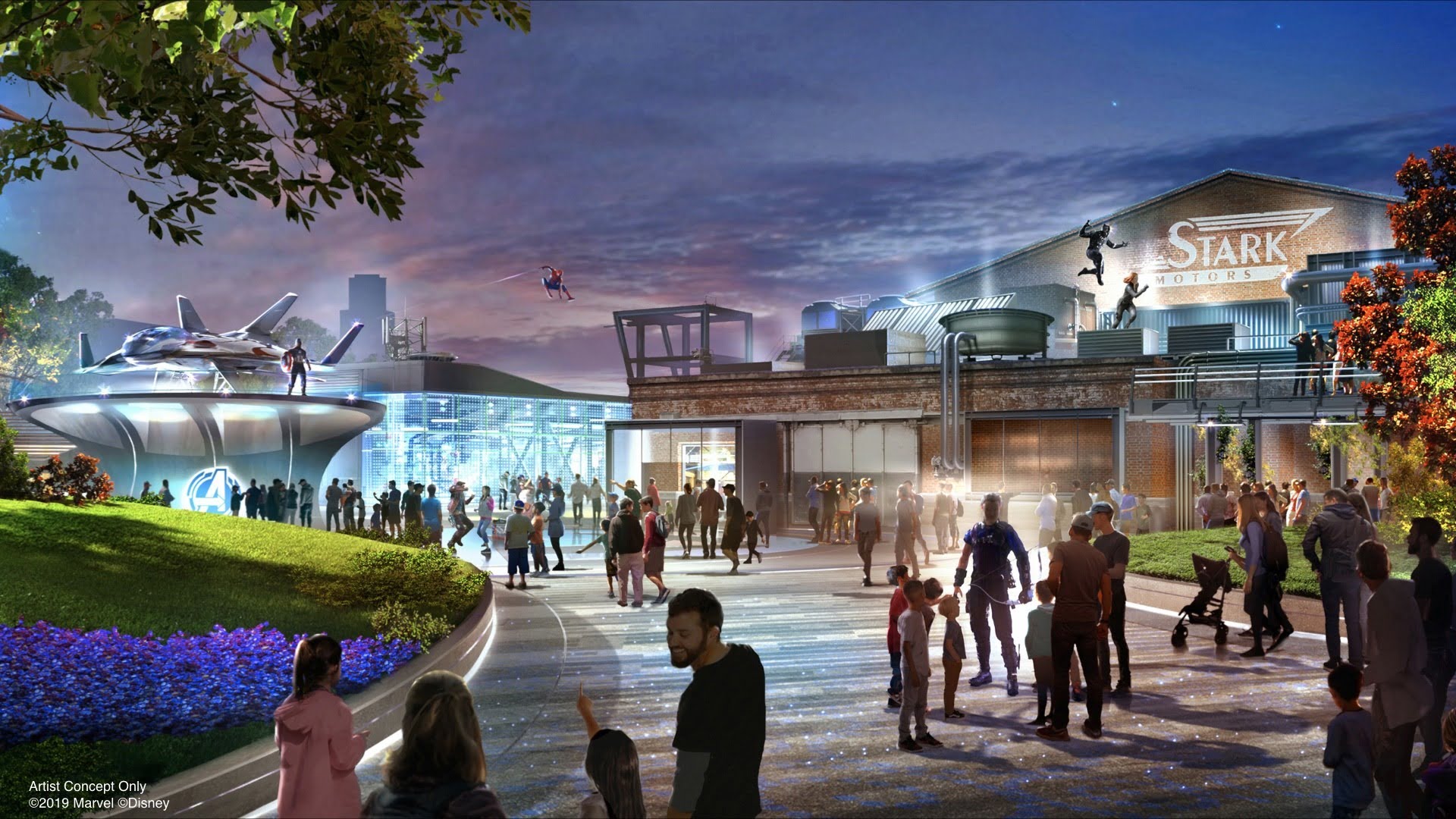 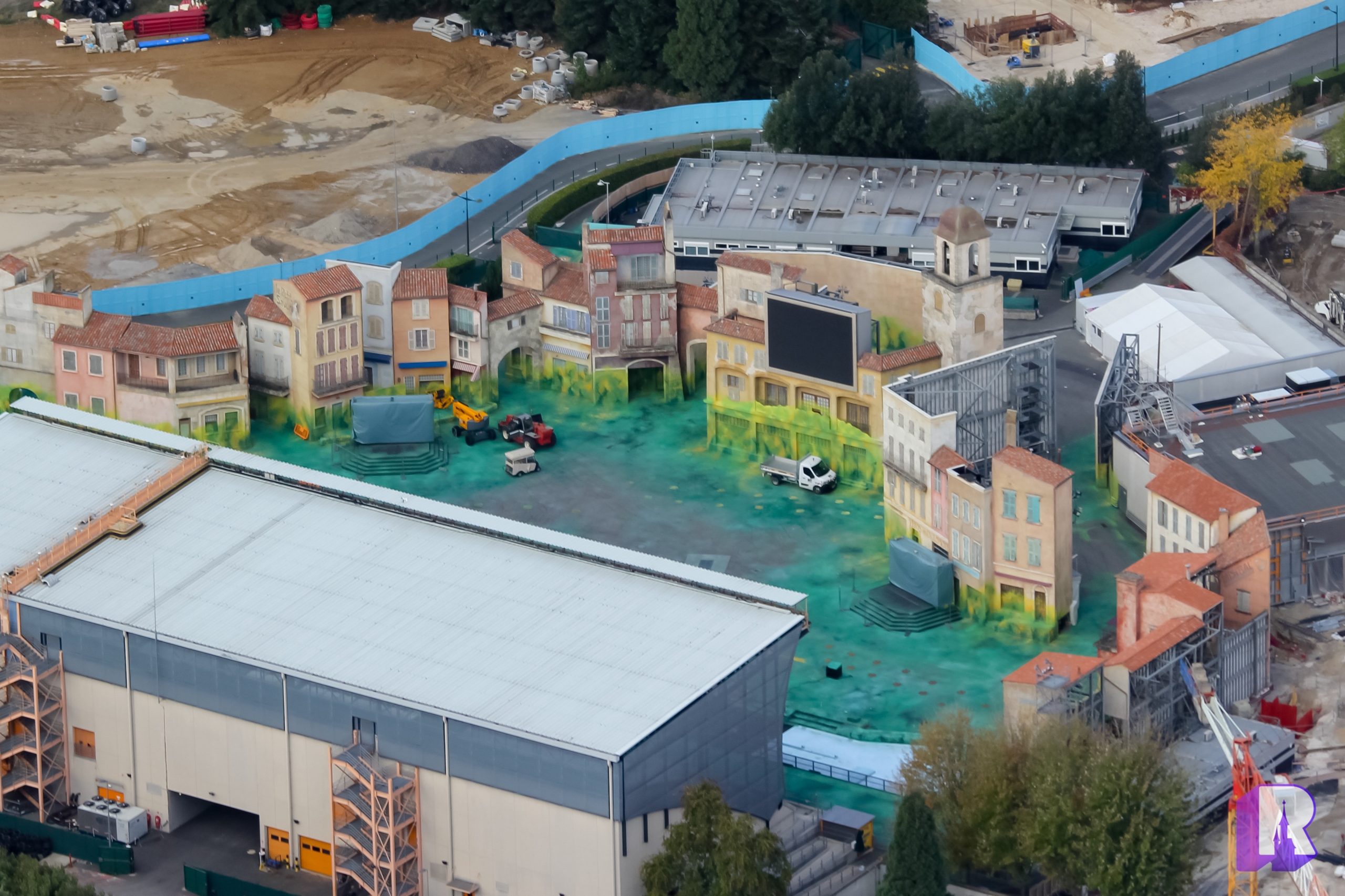 It’s not easy being green for the set of the Attraction which now looks set to disappear. 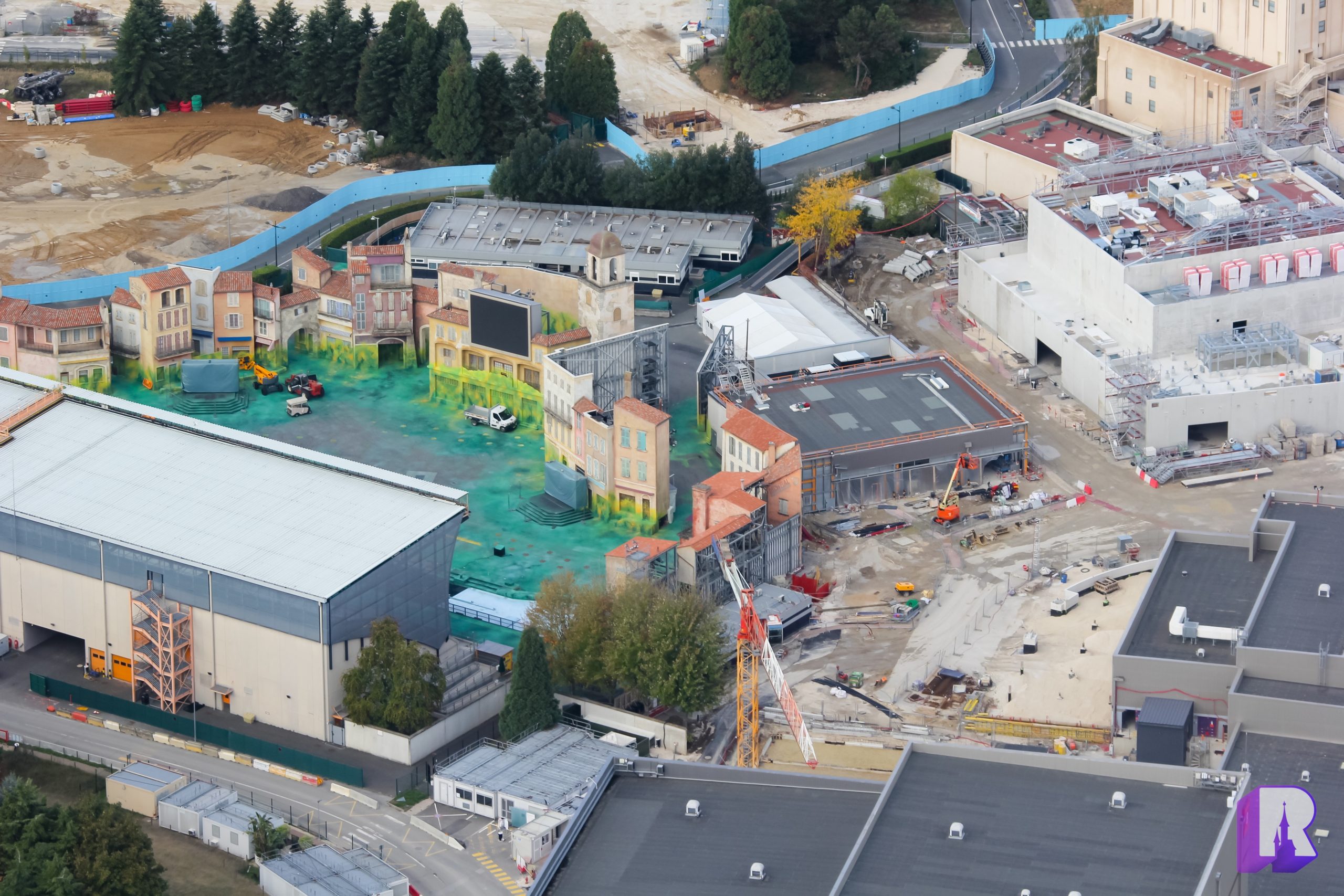 The venue was set to host The Jungle Book Jive but the show never opened. It’s unclear what will become of this space. On the photo above you can also see Guest favorite burger joint “Cafe Des Cascadeurs”, still there, sandwiched (pun intended) between all the construction. 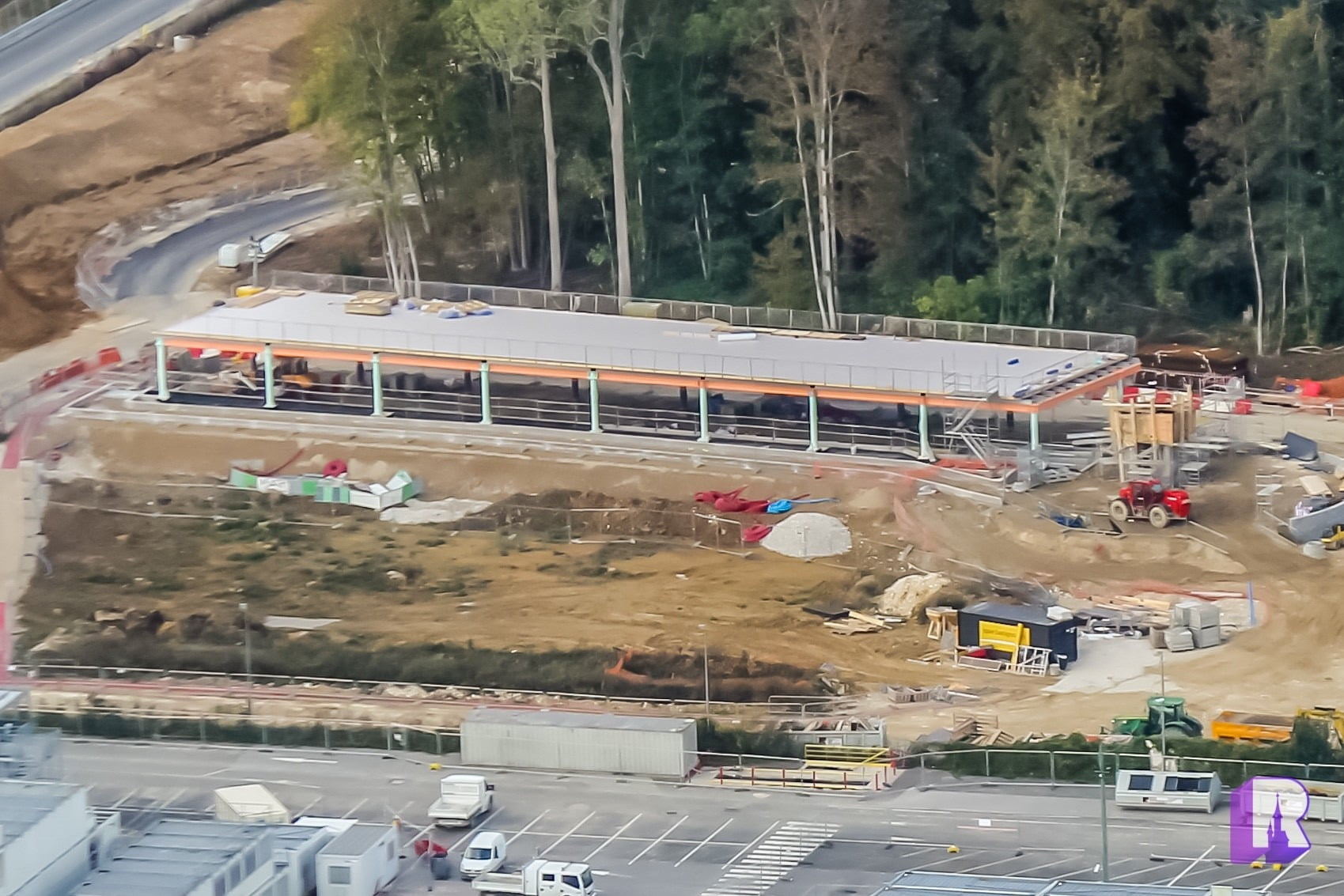 Set to open sometime next spring, the retheme of Studio Tram Tour is getting a new station which is almost structurally complete. Guests will walk (quite a bit!) from behind Toy Story Playland to the new station which connects to new roads on a much smaller circuit: 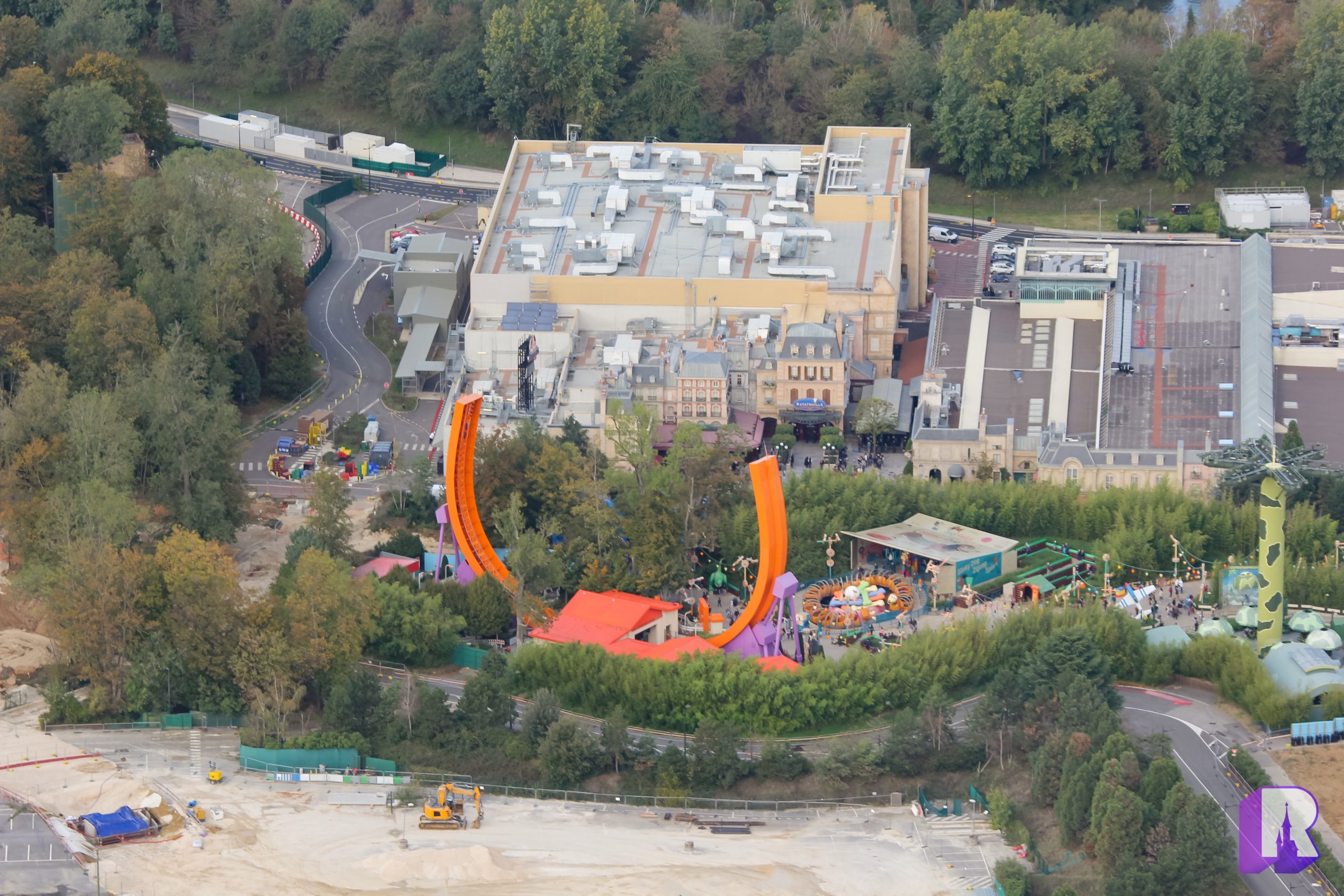 Catastrophe Canyon is still part of the party and has been completely repainted. It will of course match the new Cars storyline and you can now see the repainted blue water tower with the “Dinoco Gasoline” logo: 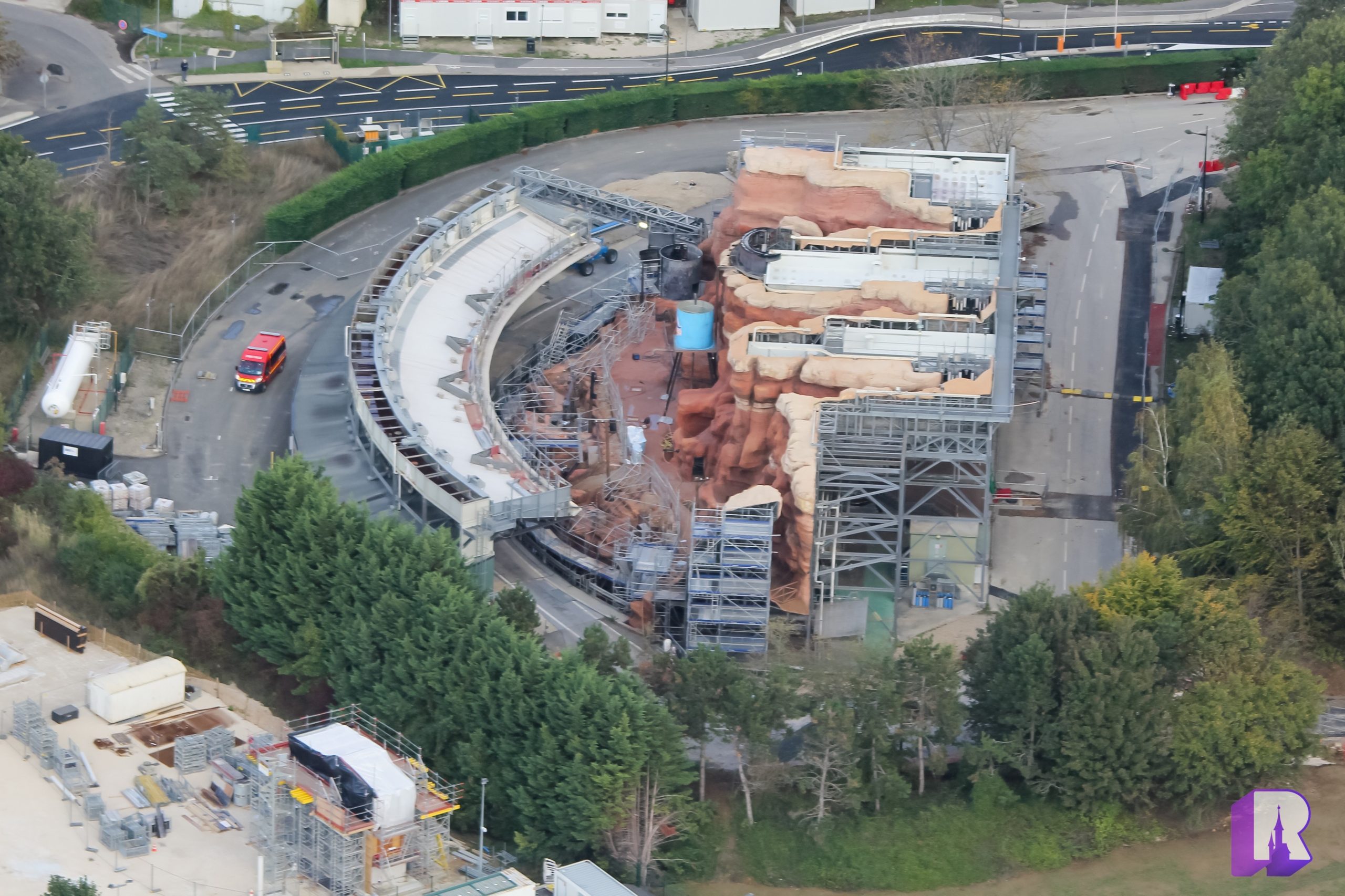 As a reminder this is what the concept art looks like: 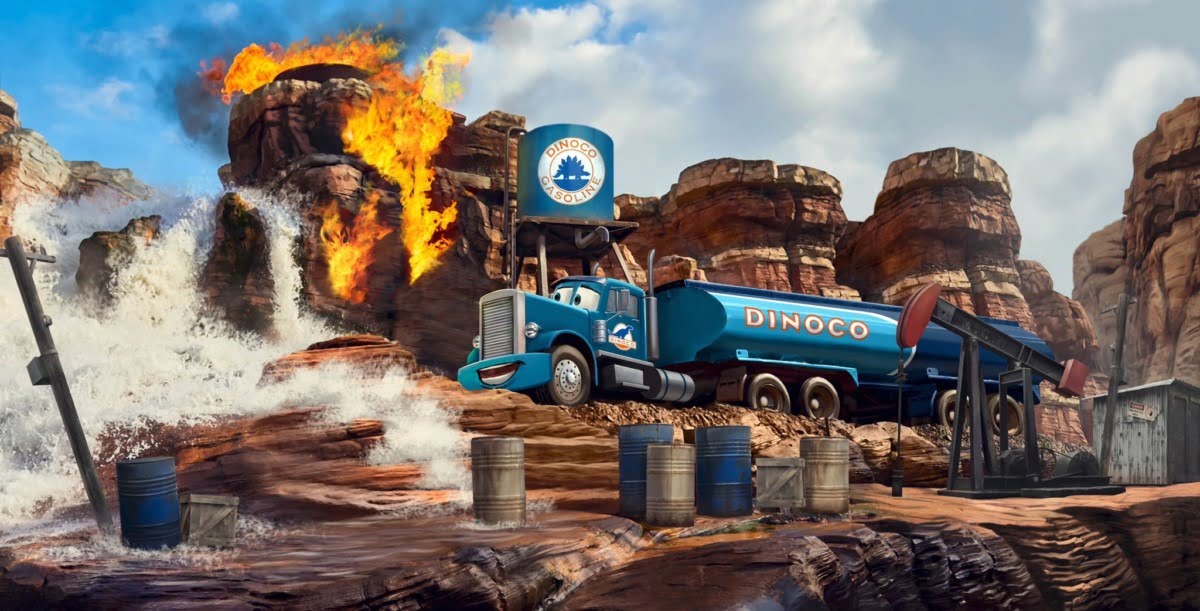 On the other side of the former Tram Tour the roads look cut off and so we’re unlikely to drive by that side anymore. 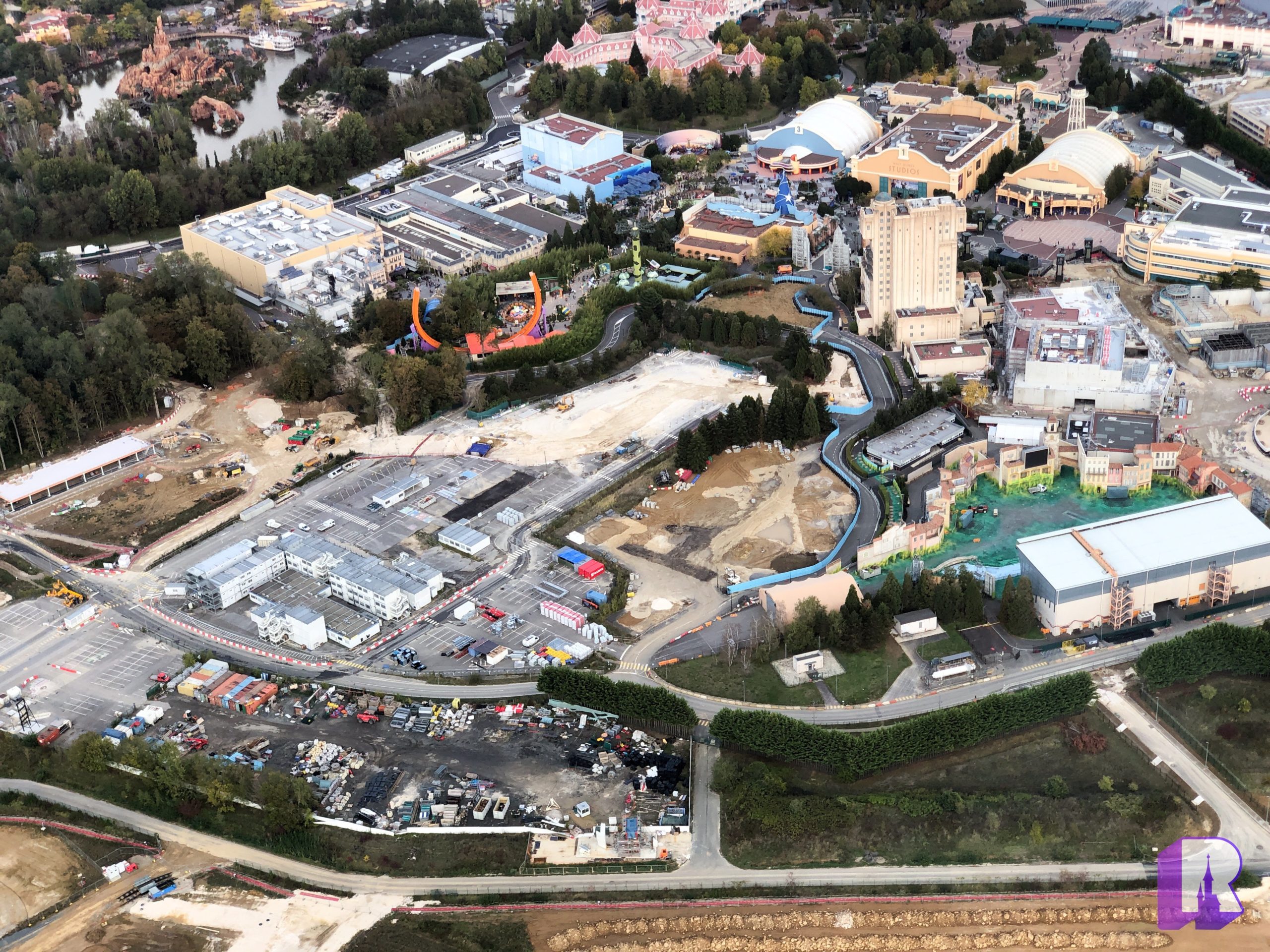 If I didn’t focus much on the upcoming lake and Frozen Land area it’s because not a whole lot is currently happening. Rumor is Disney is having a hard time getting all the engineers back to France due to the pandemic and/or things are simply on hold right now. 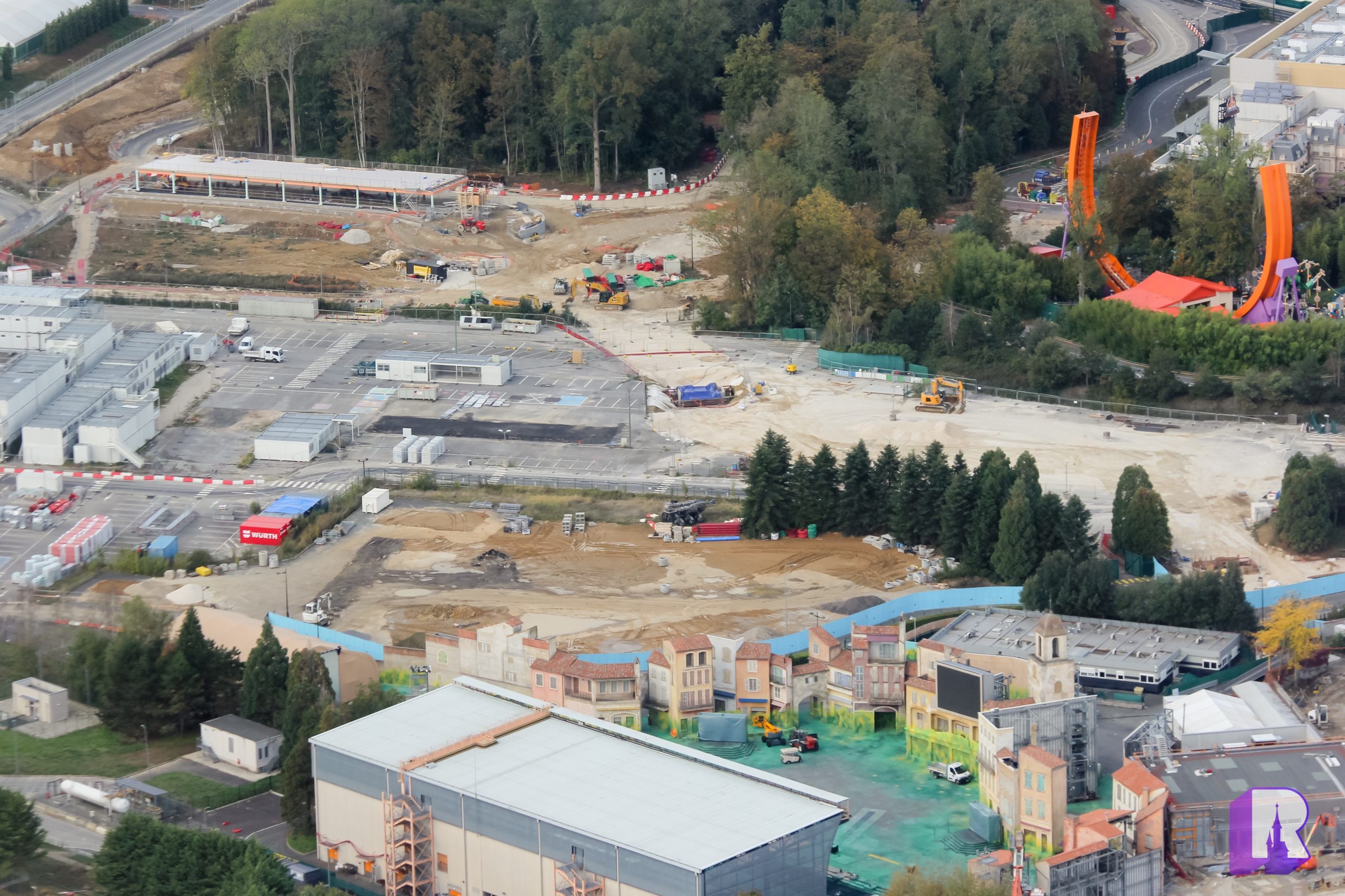 As you can see in the two photos above and in the wider area photo at the top of the article, there’s currently no more than a bit of land clearing. It’s gonna take some time until we see real progress and get to compare with this concept: 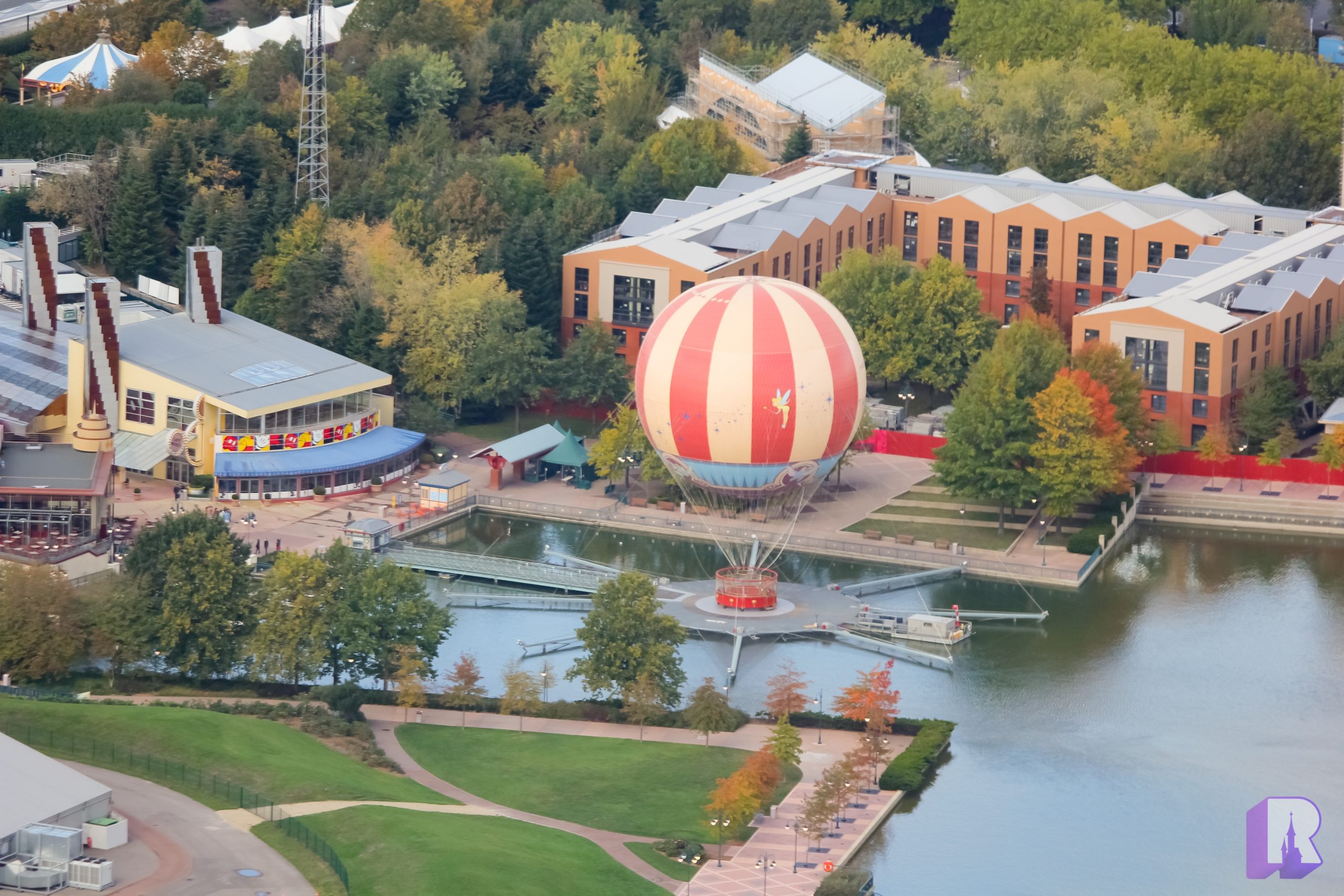 As part of the flight we of course flew by Lake Disney.. 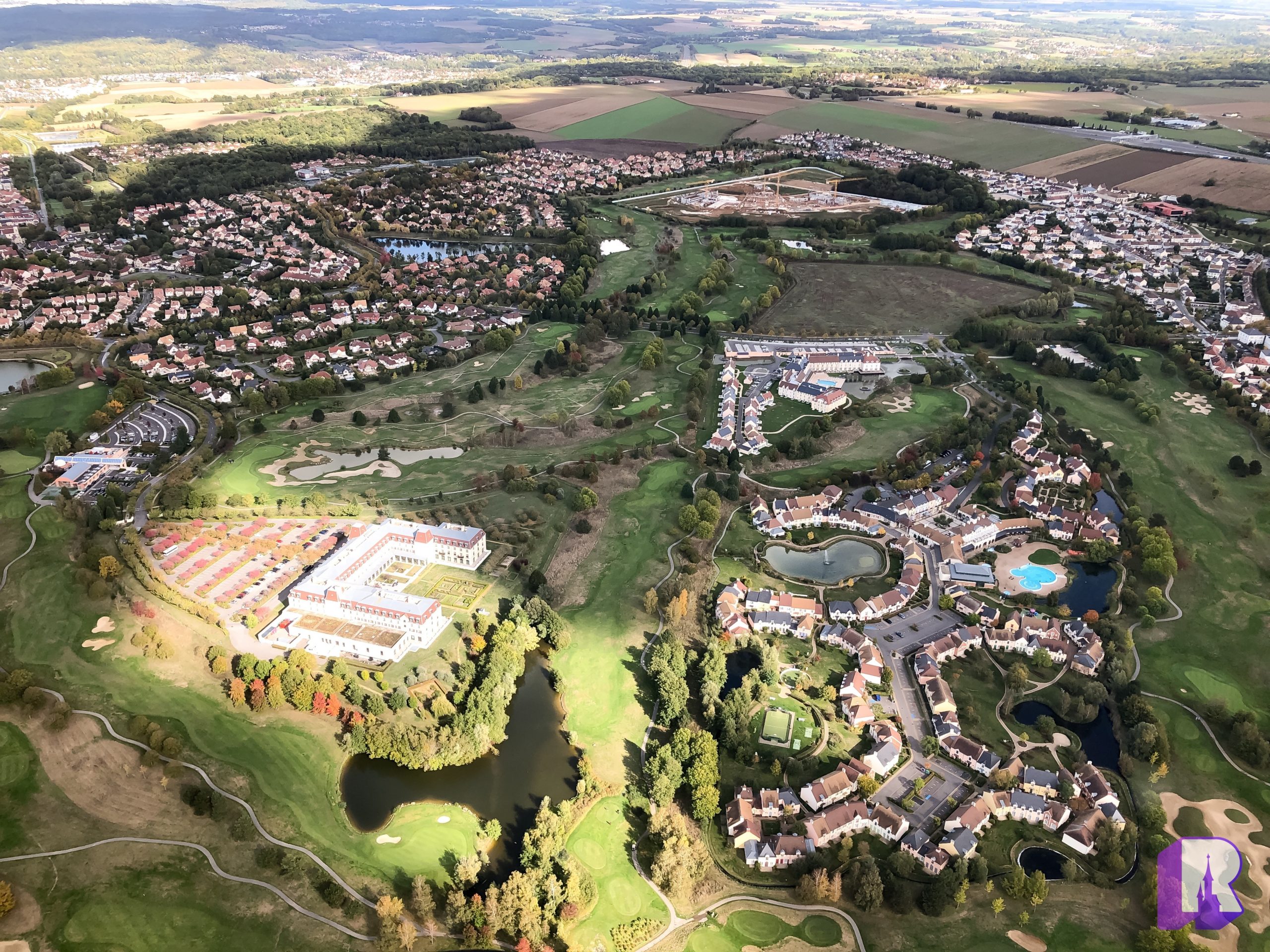 And the Disneyland Paris Golf Resorts area which features the Radisson, StayCity and Marriott Villages d’île de France (below) properties. 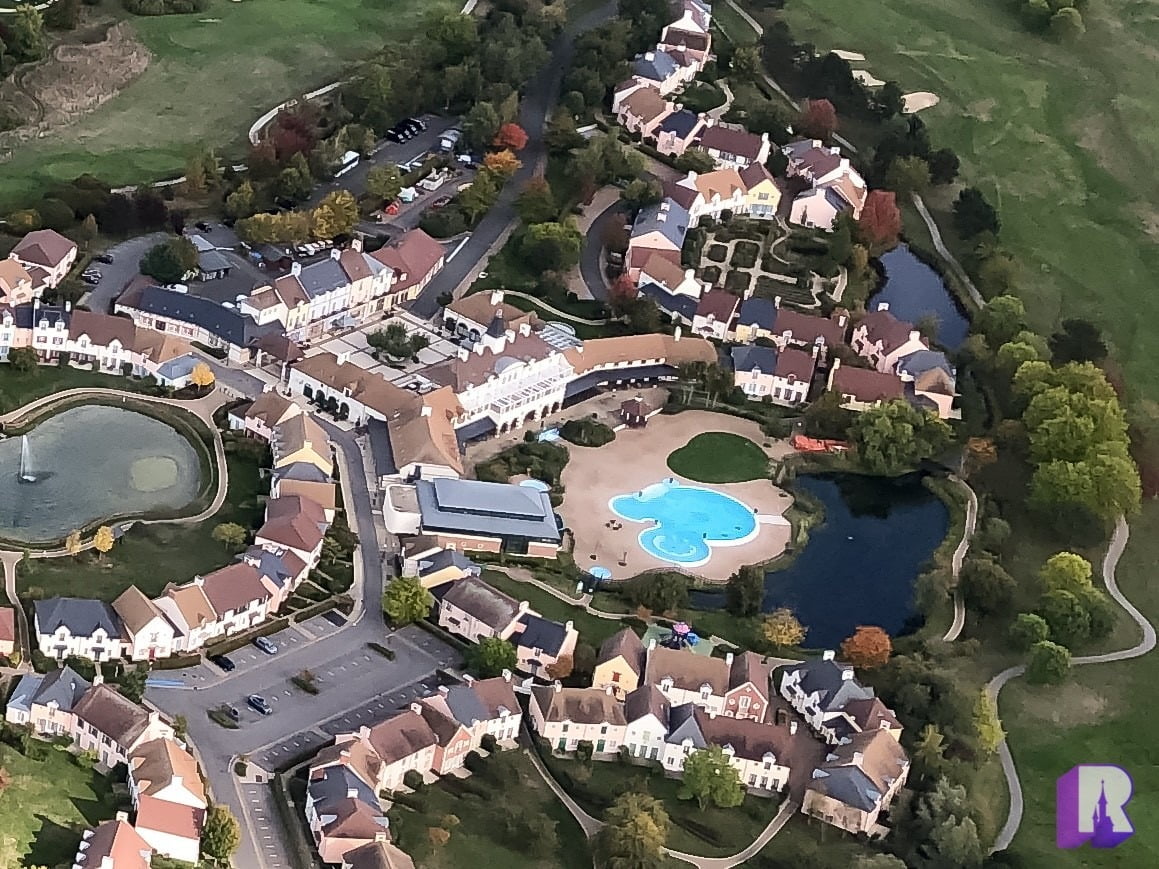 And that’s our flight this week! We will check back again soon once the various projects have made some more progress!