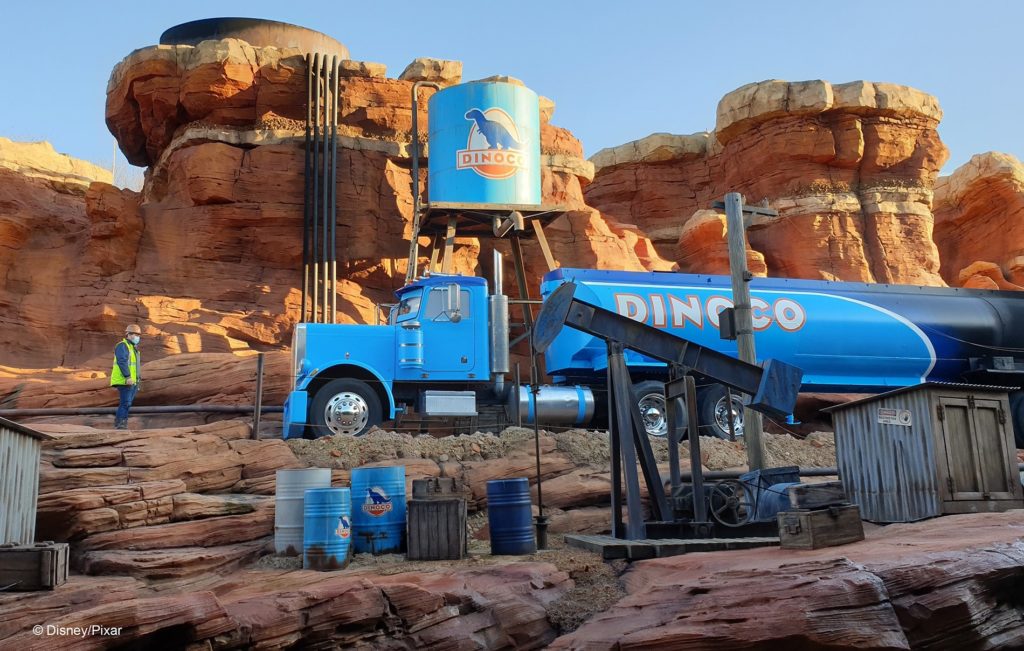 At Disneyland Paris’s new Cars-themed attraction, Cars ROAD TRIP, guests will be transported along America’s legendary Route 66 highway to get a glimpse of some of its wacky roadside attractions and encounter some of the film’s most loveable characters. Its quirky décor of automobiles come to life has been realized thanks to the expertise of the small local companies that Disneyland Paris and its Imagineers have worked with for years.

Nestled in the Catastrophe Canyon of the former Studio Tram Tour, which has been rethemed for the world of Cars, a blue semi-trailer truck branded Dinoco, for the race sponsor well-known to fans of the popular Disney and Pixar franchise, will greet visitors.. 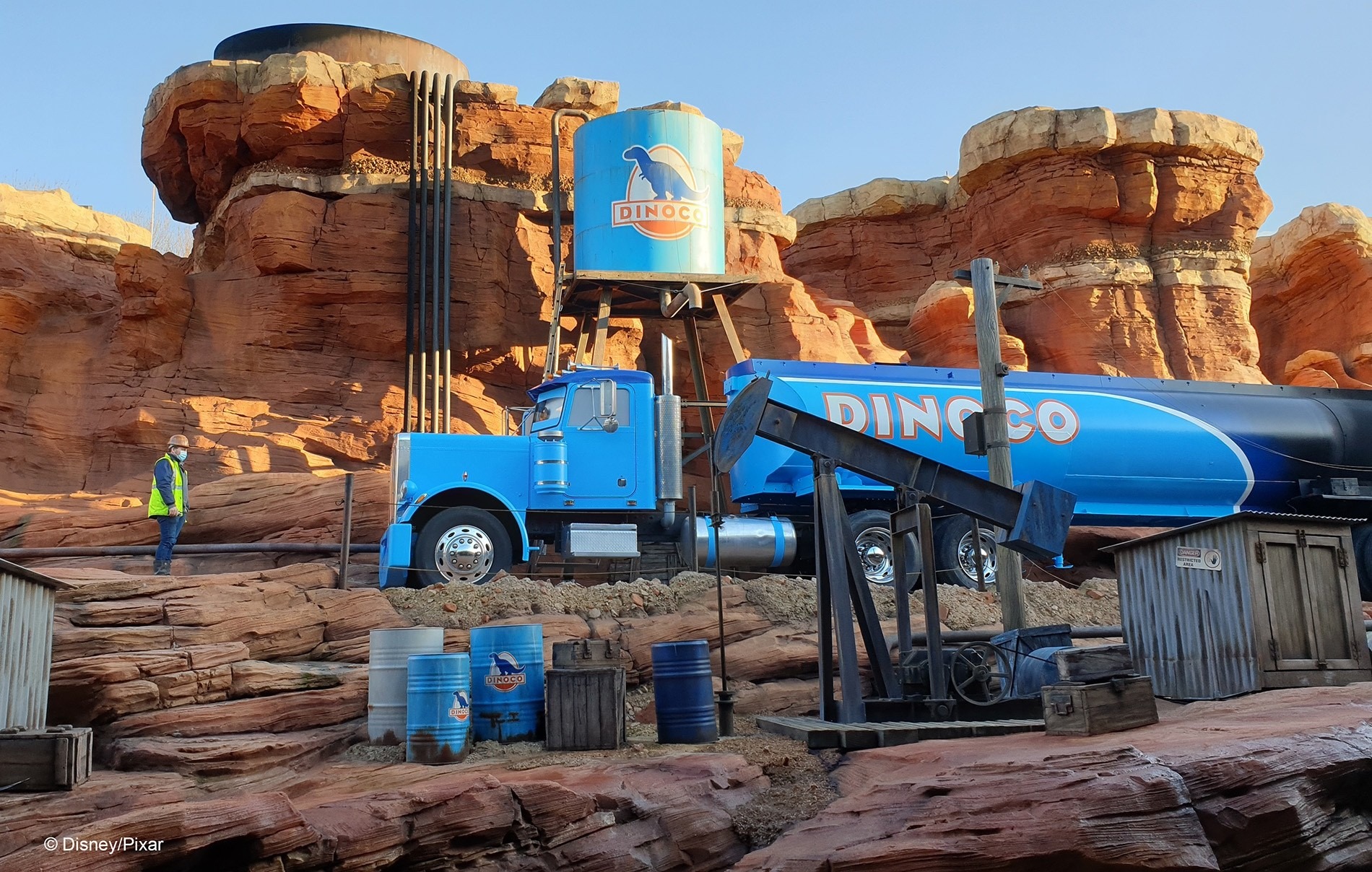 This revamped scene was notably made possible by Axyon and Carolaux-Paradis, local SMEs – ‘small and mid-size enterprises’ – based in the surrounding Seine-et-Marne department, and is a great example of what Disneyland Paris has been able to accomplish with its local suppliers despite the challenges of the past year.

“We helped transform a real American truck so it could become one of the future icons of the attraction. We notably designed, built, tested and installed all the required animation mechanics, and then used a 250-ton crane to lift the truck into the canyon scene,” says Philippe Barbot, head of Axyon.

The engineering company, certified by the Ministry of Research and based in Collégien, also engineered animation mechanisms for other famous Cars heroes that will be visible throughout the attraction. “We have built a relationship of trust, based on dialogue and exchange. This was particularly illustrated with COVID-19. When the first lockdown was declared, the leadership at Imagineering contacted me right away to see what the best way would be to move forward together while abiding by government restrictions. As a result, we never stopped working in close collaboration and Disneyland Paris has always listened.”

Carolaux-Paradis, a local body shop, also remodeled and repainted the truck’s exterior and surrounding props at the Catastrophe Canyon scene, as well as the Studio Tram Tour’s vehicles. For Christophe Gomy, the shop’s co-owner who has worked with Disneyland Paris for 25 years on projects like the Space Mountain canon, the steady workload at the resort is more than welcome.

“Despite the current unprecedented situation, we were able to continue our collaboration with Disneyland Paris and respect all health and safety measures. Our work for the resort is probably what has allowed us to do better than many in our sector,” says Mr. Gomy.

In addition to local suppliers, Disneyland Paris continues to collaborate with French companies or international companies that produce in France, who represent most of the destination’s purchasing and Corporate Alliance contracts.