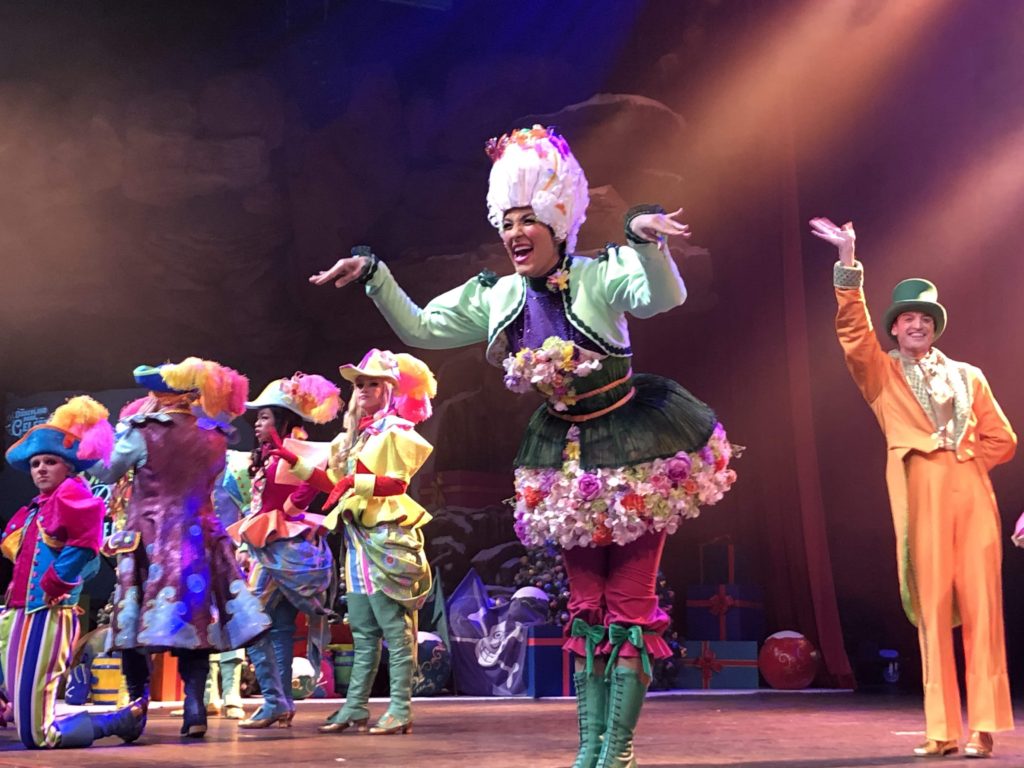 The first thing you should know that definitely influences my opinions on last night’s Annual Pass party, Disneyland Park Celebrations – Voyagez dans le temps! is that I originally did not plan on going. The soiree was set for the beginning of my finals in university and there were no hotels in my budget for that night. But once they announced that Pirates and Princesses was going to be performing one final time and I found someone who could get me back home at the end of the night (or early in the morning, to be precise), my ticket was booked and I was ready to go. Did the party end at 1 in the morning on the day I had a final? Yes, yes it did. Did I study on my phone while waiting for the shows? Another yes from me (aren’t you proud, Mom and Dad?).

This article is, like all of my previous articles, my perspective on what’s going on at Disneyland Paris. What makes this one unique is that I had never been to an Annual Pass soiree before, so everything is from a first-time perspective, something not as common for hardcore fans and reporters. Luckily for me, the party last night was certainly fun and something I will not be forgetting anytime. We’ll begin with the general idea of the night and then go into a few specific viewpoints and end with the final verdict. Let’s start with the basics, shall we?

As this was my first AP party, I really had no idea what to expect except for long lines and staying up late. After the chaos I had seen on Twitter during the “100 Characters” party, the plan was to go in with low expectations and prepare for any situation that may arise during the five hours. My backpack was filled with snacks, extra layers of clothing, hand warmers, an umbrella, portable chargers, and a pack of painkillers for my shoulders (after carrying that bag around all day). As I was in the parks for the full day before, I got on most of the rides so I could dedicate more time to the shows and some of the rarer characters.

Unlike some, I decided to wait until Disneyland Park closed before joining the soiree queue. The rain was pouring and everyone was taking cover under the overhangs of buildings on Main Street as we watched Illuminations (sponsored by Pandora). Throughout the show, all I could think about was the impending soiree – Would the show still go on? Fortunately, the rain stopped for nearly five hours and only began again on the drive home, a little bit of Disney magic for all of us. I arrived in the Fantasia Gardens and was able to check in just before they stopped letting people get in line at the ticket booths, which was nice as I didn’t want to be stuck in the rain. While there are always going to be queues (it’s Disney, of course), it would have been nice if they had put us somewhere we could move a bit more instead of standing in the same place the whole time. Or put some soiree-themed music on so we can get excited and jam out before the party starts!

Now, there were two reasons that I decided to risk my sociology grade for this soiree and those reasons were Pirates and Princesses and the Halloween celebration. As I’ve only been going to Disneyland Paris for a little over a year, I haven’t seen a wide variety of shows. No major changes have happened while I’ve been in France. Tragically, that means there has only been one season of Pirates and Princesses which took place in early 2019, which quickly became my favorite performance in the parks. Betty Rose (#TeamPrincess) and Jimmy Ocean are absolutely iconic and whenever I need a quick pick-me-up I go straight to the music from the season and bop along to the catchy beat.

In order to get a good spot for the first show, I skipped the opening performance (the Swing Into Spring celebration from 2014-2016) on the Central Plaza stage and went straight to Videopolis after picking up the gift form the entrance. Surprisingly, I was one of the first ones there and got a perfect spot in the front row of Team Princess in the pink spotlights. Around 10 minutes before the show started the seats were filled with excited fans, some even in costumes (including one awesome Betty Rose/GhôlDivah dress)! The cheers started as soon as the music began and the crowd went nuts when Betty and Jimmy were revealed after the ensemble introduced themselves with some great dancing. Learning the dances and “battling it out” was some of the most fun I’ve had in years, especially when the dancers came into the aisles and we all partied it out.

Unfortunately, the Halloween celebration was not what I expected going in. There was an expectation in my head that I would be seeing the Ravenswoods one last time, a nice send-off for the parade and show I loved so dearly. But after waiting for an hour at the Central Plaza stage, it was quite disappointing to see scarecrows and ghost balloons instead of the beloved zombie skeletons and harvest-themed dancers. The show, an older Halloween celebration called Mickey’s Halloween Treat in the Street!, failed to capture the crowd, with the main highlight being the return of the Illusion Manor for one night (with no Phantom Manor music, sadly).

I’m not really a fan who’s dedicated to meeting characters, therefore the shows and rides were higher in my priorities (there was a reason that I didn’t go to the 100 Characters night in September and no, I didn’t have an exam the next day). The characters I met last night were Goofy and Clarabelle (which is a bit amusing given their “history” together). Neither of these was considered “rare” characters for the night so I only waited ten minutes each with some very nice Cast Members who kept the conversation going. Even though it was nearly one in the morning and most of us were quite tired and nearly ready to head home, everyone had a smile on their face and treated each other with respect, something I had been afraid that wouldn’t exist during the night. There was also a pumpkin man who was wandering around Frontierland with two Cast Member attendants, pretending to be a statue and then coming up to interact with people walking by. I was alone when walking around the Land so I had quite an awesome interaction with dancing and creeping around. In the end, I only met two characters (three if you include the pumpkin who was creeping around Frontierland land, which then would be my favorite meet because it was so unexpected and fun). Fall is the best season, so why not meet some of the characters with costumes inspired by it?

One of the biggest shocks of the night? The fact that all of the lines for the open attractions were at only five minutes each. It’s a small world, Pirates of the Caribbean, Star Tours, even Big Thunder Mountain Railroad were all pretty much walk-on rides. Big Thunder said it was 5 minutes but ended up being closer to ten because later in the night they were only running one train. The highlight for me was getting to go on Phantom Manor at such a weird time, but again, I’m very biased when it comes to this attraction. I timed it so I would be in the Manor when it turned to Friday the 13th, which was made even spookier by the fact that there was no one else in the Doom Buggies around me (especially when the playful spirits interrupted our tour in front of the Endless Hallway). Seeing as all of the rides at the end of the night were walk-ons, I decided to go on it’s a small world, even though those dolls freak me out. Let me tell you, being alone in that ride at 12:30 AM is a strange experience and has left me slightly even more scared of the “happiest cruise that ever sailed” than before. Did it for you, Sherman brothers, did it for you.

All in all, I think that the soiree yesterday was a good introduction to what Annual Pass parties are like, but on a smaller scale than usual. With 5-minute wait times for all of the rides, around 20-minute waits for most characters, and an interesting variety of shows (including Pirates and Princesses, the best one of all), Disneyland Park Celebrations is considered as a nice time in my book. There were some things that could have been improved, like being more exact with characters and shows, but all in all, nothing was disappointing enough that I regretted spending the money. Now that the next AP party is going to have interactions with “residents and inhabitants of Disneyland Park’s Lands and attractions”, I can only hope that it will finally be the night I meet Melanie Ravenswood. Will I have a midterm the next day? Yes. Will you see me on Big Thunder Mountain Railroad, clutching to my phone as I study the history of contemporary worlds? Of course.

[…] Kat wrote a great review of the night as an AP Party first timer, you can check it out HERE! […]